Trent Lott Tells Hannity that the Administration is the Problem. 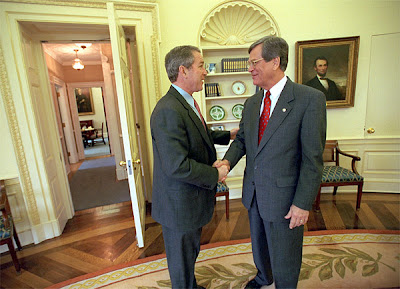 Sean Hannity was far too easy on good ol boy, Trotter. It seems the good senator from Mississippi was on a tractor and did not hear the phone ring the first time Hannity tried to get him on the phone. This is true, really.

If the President will not enforce the law, who has responsibility to bring him to task for dereliction of duty? That is Congress. They do not need new laws. They need to lawfully prosecute the president that does not do his duty, or is emotionally unprepared to do it. Congress should send a message to the president directing him to enforce the laws of the United States or step down. Short of that, Congress needs to do its duty and remove him from office.