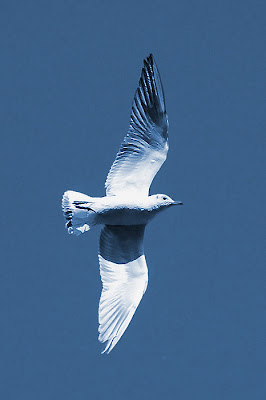 Our theme for today comes from George W Bush: "Freedom is the desire of every human heart."

When the president uses the phrase, he's invariably applying it to various benighted parts of the Muslim world. There would seem to be quite a bit of evidence to suggest that freedom is not the principal desire of every human heart in, say, Gaza or Waziristan. But why start there? If you look in, say, Brussels or London or New Orleans, do you come away with the overwhelming impression that "freedom is the desire of every human heart"? A year ago, I wrote that "the story of the western world since 1945 is that, invited to choose between freedom and government 'security', large numbers of people vote to dump freedom — the freedom to make your own decisions about health care, education, property rights, seat belts and a ton of other stuff."

And, if you don't, it will be illegal for you to hold a job.

Er, hang on, where's that in the Constitution? It's perfectly fine to employ legions of the undocumented from Mexico, but if you employ a fit 26-year old American with no health insurance, either you or he or both of you will be breaking the law?

That's a major surrender of freedom from the citizen to the state. "So what?" say the caring crowd. "We've got to do something about those 40 million uninsured. Whoops, I mean 45 million uninsured. Maybe 50 by now." This figure is always spoken of as if it's a club you can join but never leave: The very first Uninsured-American was ol' Bud who came back from the Spanish-American War and found he was uninsured and so was first on the list, and then Mabel put her back out doing the Black Bottom at a tea dance in 1926 and she became the second, and so on and so forth, until things really began to snowball under the Bush junta. And, by the time you read this, the number of uninsured may be up to 75 million.

Nobody really knows how many "uninsured" there are: Two different Census Bureau surveys conducted in the same year identify the number of uninsured as (a) 45 million or (b) 19 million. The (a) figure is the one you hear about, the (b) figure apparently entered the Witness Protection Program. Of those 45 million "uninsured Americans," the Census Bureau itself says over 9 million aren't Americans at all, but foreign nationals. They have various health-care back-ups: if you're an uninsured Canadian in Detroit and you get an expensive chronic disease, you can go over the border to Windsor, Ontario, and re-embrace the delights of socialized health care; if you're an uninsured Uzbek, it might be more complicated. Of the remaining 36 million, a 2005 Actuarial Research analysis for the Department of Health and Human Services says that another 9 million did, in fact, have health coverage through Medicare.

Where are we now? Twenty-seven million? So who are they? Bud and Mabel and a vast mountain of emaciated husks of twisted limbs and shriveled skin covered in boils and pustules? No, it's a rotating population: People who had health insurance but changed jobs, people who are between jobs, young guys who feel they're fit and healthy and at this stage of their lives would rather put a monthly health tab towards buying a home or starting a business or blowing it on booze 'n' chicks.

That last category is the one to watch: Americans between the ages of 18 and 34 account for 18 million of the army of the "uninsured." Look, there's a 22-year-old and he doesn't have health insurance. Oh, the horror and the shame. What an indictment of America.

Well, he doesn't have life insurance, either, or homeowner's insurance. He lives a life blessedly free of the tedious bet-hedging paperwork of middle-age. He's 22 and he thinks he's immortal — and any day now Hillary will propose garnisheeing his wages for her new, affordable, mandatory life-insurance plan.

So, out of 45 million uninsured Americans, 9 million aren't American, 9 million are insured, 18 million are young and healthy. And the rest of these poor helpless waifs trapped in Uninsured Hell waiting for Hillary to rescue them are, in fact, wealthier than the general population. According to the Census Bureau's August 2006 report on "Income, Poverty and Health Insurance Coverage," 37 percent of those without health insurance — that's 17 million people — come from households earning more than $50,000. Nineteen percent — 8.7 million people — of those downtrodden paupers crushed by the brutal inequities of capitalism come from households earning more than $75,000.

In other words, if they fall off the roof, they can write a check. Indeed, the so-called "explosion" of the uninsured has been driven entirely by wealthy households opting out of health insurance. In the decade after 1995 — i.e., since the last round of coercive health reform — the proportion of the uninsured earning less than 25,000 has fallen by 20 percent and the proportion earning more than 75 grand has increased by 155 percent. The story of the last decade is that the poor are getting sucked into the maw of "coverage" and the rich are fleeing it. And, given that the cost of health "insurance" bears increasingly little relationship to either the cost of treatment or the actuarial reality of you ever getting any particular illness, it's entirely rational to say: "You know what? I'll worry about that when it happens. In the meantime, I want to start a business and send my kid to school." Freedom is the desire of my human heart even if my arteries get all clogged and hardened.

I was glad, at the end of Hillary Health Week, to see that my radio pal Laura Ingraham's excellent new book "Power To The People" has shot into the New York Times Bestseller List at No. 1. It takes a fraudulent leftist catchphrase (the only thing you can guarantee about a "people's republic" is that the people are the least of it) and returns it to those who mean it — to those who believe in a nation of free citizens exercising individual liberty to make responsible choices.

Do you remember the so-called "government surplus" of a few years ago? Bill Clinton gave a speech in which he said, yes, sure, he could return the money to taxpayers but that we "might not spend it the right way." The American political class has decided that they know better than you the "right way" to make health-care decisions. Oh, don't worry, you're still fully competent to make decisions on what car you drive and what movie you want to rent at Blockbuster. For the moment. But when it comes to the grown-up stuff best to leave that to Nurse Hillary.