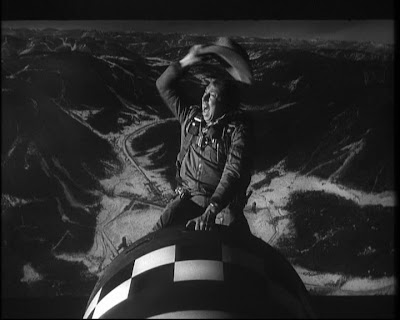 I was wondering about the errant flight of the nuclear armed B52. Something does not seem right about it. Searching around I found this. Crazy isn't it? I hope.

Conclusion: Exposing those Responsible for the B-52 Incident the canadian

Consequently, there is considerable circumstantial evidence to argue that the nuclear armed B-52 was part of an apparent covert operation, outside the regular chain of constitutional military command. The alleged authority responsible for this was Vice President Cheney. He very likely used the Secret Service to take charge of a contrived National Special Security Event involving a nuclear armed B-52 that would be flown from Minot AFB. The B-52 was directed to Barksdale Air Force base where it would have conducted a covert mission to the Middle East involving the detonation of one or more nuclear weapons most likely in or in the vicinity of Iran. This could either have occurred during a conventional military strike against Iran, or a False Flag operation in the Persian Gulf region.

Apparently, the leaking and discovery of the nuclear armed B-52 at Barksdale was not part of the script. According to a confidential source of Larry Johnson, a former counter-terrorism official from the State Department and CIA, the discovery of the nuclear armed B-52 was leaked. Johnson concludes: "Did someone at Barksdale try to indirectly warn the American people that the Bush Administration is staging nukes for Iran? I don't know, but it is a question worth asking." LINK.

While the general public is likely to be given a watered down declassified report by the Air Force over the B-52 incident on September 14, the real investigation will reveal that it was part of a covert operation that intended to bypass the regular chain of command in using nuclear weapons in the Middle East. This will likely result in a furious backlash by key figures in the regular military chain of Command such as Secretary of Defense, Robert Gates, and the Commander of Central Command, Admiral William Fallon, who have direct responsibility for the conduct of military operations in the Middle East. The US. Air Force, the Secretary of Defense and Commander of Central Command, is now aware of what was likely going to be the true use of the B-52 and the responsibility of the Office of the Vice President.

It is very likely that the exposure of the B-52 incident will lead to an indefinite hold on plans to attack Iran given uncertainty whether other nuclear weapons have been covertly positioned for use in the Middle East. Significantly, public officials briefed about the true circumstances of the B-52 incident will almost certainly place enormous pressure on Vice President Cheney to immediately resign if it is found that he played the role identified above. It is therefore anticipated that in a very short time, the public will learn that Cheney has resigned for health resigns.

The forthcoming September 14 U.S. Air Force report will likely describe the B-52 incident as an "error" and an "isolated incident" as foreshadowed in the September 6 Press Statement. This will create some difficulty in exposing the actual role played by Cheney and any other government figures that supported him. There will be a need for continued public awareness of the true events behind the B-52 incident in order to expose the actual role of Mr. Cheney. Only in that way can Cheney be held accountable for his actions, and other government figures that supported his neo-conservative agenda be exposed. Regardless of whether Cheney's role as the prime architect of the B-52 incident is exposed to the public, the official backlash against his covert operation should force his resignation. In either case, a very dangerous public official would be removed from a powerful position of influence. More importantly, the world has been spared a devastating nuclear war by courageous American airmen who revealed the true contents of an otherwise routine B-52 landing at Barksdale, AFB headed for a covert nuclear mission to the Middle East.