The 51% Solution. Chads May be the Least of Your Problems 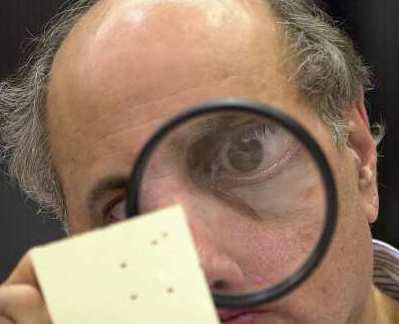 It is obvious that your future, your wealth, your rights and your influence are under assault and have been so since the 1960's. The strategy of the Left has been clear, but you have been too polite to mention it or have been otherwise occupied. While GWB, like most good liberals has been calling for planetary freedom, he has done little to ensure that you keep yours. Borders, laws and now your rights as a citizen are going to be assaulted in the final putsch by the progressive leftists. Snared by legalism and political correctness you as a member of the real majority of US citizens are on the verge of losing your once exclusive franchise. You are going to learn the cruelest lesson in democratic history, the lesson of 51 percent.

WASHINGTON, Sept. 25 — With the 2008 presidential and Congressional elections on the horizon, the Supreme Court agreed today to consider whether voter-identification laws unfairly keep poor people and members of minority groups from going to the polls.

The justices will hear arguments from an Indiana case, in which a federal district judge and a panel of the United States Court of Appeals for the Seventh Circuit in January upheld a state law requiring, with certain exceptions, that someone wanting to vote in person in a primary or general election present a government-issued photo identification. Presumably, the court would rule on the case by June.

Before the law was enacted in 2005, an Indiana voter was required only to sign a book at the polling place, where a photocopy of the voter’s signature was kept on file.

Election-law experts had hoped that the United States Supreme Court would take the Indiana case because that state has perhaps the toughest law in the country. “The court better resolve this question before ballots start getting counted next fall,” Pamela Karlan, a Stanford University law professor, told The Associated Press.

In general, Republicans argue that identification laws reduce voter fraud, while Democrats oppose them on grounds that they lower the turnout among people who tend to vote Democratic.

Coincidentally or otherwise, the two Seventh Circuit judges who voted to uphold the Indiana law, Richard A. Posner and Diane S. Sykes, were put on the bench by Republican presidents (Ronald Reagan and George W. Bush, respectively), while the one dissenting judge, Terence T. Evans, was elevated by President Bill Clinton.

Writing for the majority, Judge Posner acknowledged that the Indiana law favors one party. “No doubt most people who don’t have photo ID are low on the economic ladder and thus, if they do vote, are more likely to vote for Democratic than Republican candidates,” he wrote.

But the purpose of the law is to reduce voting fraud, “and voting fraud impairs the right of legitimate voters to vote by diluting their votes — dilution being recognized to be an impairment of the right to vote,” Judge Posner said. And assertions that many people will be disenfranchised, or that there is no significant voter-fraud problem in Indiana, are based on unreliable data and “may reflect nothing more than the vagaries of journalists’ and other investigators’ choice of scandals to investigate,” the judge held.

In dissent, Judge Evans wrote that the Indiana law imposed an unconstitutional burden on some eligible voters. “Let’s not beat around the bush,” he wrote. “The Indiana voter photo ID law is a not-too-thinly-veiled attempt to discourage election-day turnout by certain folks believed to skew Democratic.”

Arguments that the law’s purpose is to stamp out voter fraud amount to a mere “fig leaf of respectability,” Judge Evans wrote. Furthermore, he said, the law is too extreme in view of the fact that no one in Indiana has ever been prosecuted for voter fraud. “Is it wise to use a sledgehammer to hit either a real or imaginary fly on a glass coffee table?” he asked rhetorically. “I think not.”