Why are the Coalitions Failing? 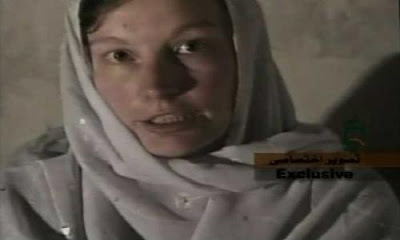 The British are leaving Iraq. They will be following many others who have left before them. The Nato effort in Afghanistan meanwhile has maintained its own coalition, but that may be fraying as well. The Taliban, as well as all Islamic terrorists know that the tolerance of the West for casualties and terror is very low. The Islamists have targeted this weakness. What follows is an editorial from Deutsche Welle. It probably reflects a majority of German opinion. A German capitulation will only confirm the Islamist strategy. Will it be America and America alone that will finish the war that is not a war with Islam?

Following the murder of three police officers in Afghanistan, Germany's government should heed criticism of its reconstruction efforts in the country and pause to figure out how to proceed, says DW's Nina Werkhäuser.

Whenever Germans are murdered in Afghanistan, politicians unload a bag of reassurances: They say that it's tragic and sad, but certainly no reason to reduce Germany's mission in Afghanistan.


Despite the fact that -- in addition to the three police officers -- a German aid worker, a German businessman and three German soldiers have already been murdered in Afghanistan this year, the federal government has not wasted a single thought on coming up with an exit strategy. Quite to the contrary: The costly deployment of Tornado reconnaissance jets was added this year and an expansion of training Afghan security personnel is under consideration.

By doing so, the government is avoiding an important question: What price are we ready to pay fort he reconstruction of Afghanistan? This question gets even more explosive as it becomes clearer that influential forces in Afghanistan are not interested in a stabilization of the country and fight this with all their might.

That's a fundamental difference to what's happening in other countries, where Germany sends soldiers or aid workers. It's expensive and it costs a lot of lives to try and bring peace to Afghanistan when the Taliban are fighting it.

The murder of three police officers who guarded the German embassy in Kabul shows that the perpetrators are now directly targeting the government. It's safe to assume that the Taliban are trying to influence the political debate in Germany as all three Afghanistan mandates for the German military are up for renewal the fall.

Of course it would be wrong to bend one's knees because of the Taliban's terror. But this argument must not be used to brush off justified doubts regarding the international reconstruction effort.

The Afghan government bears some of the responsibility for the fact that not enough was accomplished during the past five years. But the many tens of thousands of foreign soldiers and aid workers have also, in part, acted incorrectly and without coordination. Precious time and resources have been wasted as a result. The German government has so far failed to honestly weigh the mission's chances and risks.

While surveys show that a majority of Germans is now against the deployment of more than 3,000 soldiers in Afghanistan, most politicians continue to preach that it's necessary to endure.

But following the murder of three German police officers, the government should no longer stall a factual discussion. As long as every German in Afghanistan has to fear for his life, reconstruction efforts can't be effective, anyway.