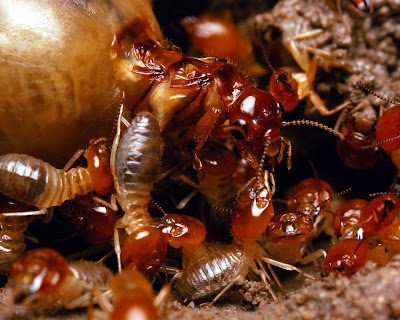 Al-Qaida has revived, spread and is capable of a spectacular strike

Al-Qaida has revived, extended its influence, and has the capacity to carry out a spectacular strike similar to the September 11 attacks on America, one of the world's leading security thinktanks warned yesterday.
There is increasing evidence "that 'core' al-Qaida is proving adaptable and resilient, and has retained an ability to plan and coordinate large-scale attacks in the western world despite the attrition it has suffered", said the London-based International Institute for Strategic Studies (IISS). "The threat from Islamist terrorism remains as high as ever, and looks set to get worse," it added.

"The US and its allies have failed to deal a death blow to al-Qaida; the organisation's ideology appears to have taken root to such a degree that it will require decades to eradicate," it continued.

The warning came in the latest annual review of world affairs by the IISS. Its strategic survey paints a bleak picture of global security in the future and warned:

· Iran could have a nuclear weapon by 2009 or 2010, though this remains the "worst-case prediction";

· the US suffered a loss of authority as a result of the failure to impose order in Iraq. "The strategic hole the US found itself in [in 2007] did not have any obvious escape";

· there are serious doubts about the ability of Nuri al-Maliki, Iraq's prime minister, but any replacement would probably come too late to "halt the draining of American willpower to 'stay the course' ".

· that if climate change is allowed to continue unchecked, its affects will be catastrophic "on the level of nuclear war".

At a press conference launching the report, senior IISS analysts went further. Asked whether al-Qaida had the capacity now to carry out a 9/11-style attack, and whether it was stronger than in 9/11, Nigel Inkster, the institute's director of transnational threats and political risk, replied: "Both."

Mr Inkster, a former director of MI6 who was a candidate for the secret intelligence agency's top job three years ago, said there was much debate within al-Qaida after the September 11 attacks on the US. Many of its supporters believed the operation was a "tactical error", Mr Inkster said, because it led to the removal of a safe base - Taliban-controlled southern Afghanistan.

But the recent foiling of an alleged plot in Germany and the alleged airliner plot last year in Britain showed that al-Qaida had the ambition to carry out spectacular attacks while "strengthening" its "position in the badlands of north-west Pakistan", he added.

Pakistani groups were "aligning themselves with al-Qaida and the process of radicalisation within Islamic countries was continuing apace", he warned.

A number of "regional jihadist groups", notably in Iraq and the Maghreb (north Africa) had not only sworn formal allegiance to al-Qaida, but, more importantly, had begun to demonstrate ambitions beyond their parochial concerns in support of its global objectives, the IISS warned. It said that disrupted plots had pointed to a "continuing and worsening problem of radicalisation within Europe's Islamic diasporas - and the degree to which terrorists were still being directed by al-Qaida".

The institute's assessment of the terrorist threat reflects that of MI5 and MI6. There are 2,000 individuals engaged in 30 terrorist plots in 200 networks, according to British security and intelligence officials. They said earlier this year that al-Qaida had begun to regroup and that Britain was a prime target.

John Chipman, the IISS director general, said yesterday: "Western governments tend to meet the Muslim 'single narrative' [that the west is by definition anti-Muslim] by way of rebuttal, arguing against its basis in fact." That had to be addressed by encouraging non-violent responses, he said.

In contrast to this week's relatively upbeat assessments of the situation in Iraq by General David Petraeus, the US commander, and Ryan Crocker, the US ambassador to Baghdad, the IISS was sceptical about the ability of Iraq's prime minister to forge a national unity government after two key Shia parties and, more importantly, the main Sunni political bloc, quit.

"The US government is preciously close to running out of patience with Maliki," said Toby Dodge, a senior fellow at the institute.

The US might then back the Shia leaders of the Supreme Iraqi Islamic Council, political arm of the Badr brigade militia and rival of the radical Shia cleric, Moqtada al-Sadr, he suggested.

US difficulties in Iraq and loss of authority in the Middle East "provided a perfect setting for Iran to advance its regional and nuclear ambitions", the report said.

Climate change was also identified by the institute as a huge threat to global security. "Even if the international community succeeds in adopting comprehensive and effective measures to mitigate climate change, there will still be unavoidable impacts from global warming on the environment, economies and human security," said the report.

The report said the effects of the predicted rise in global temperatures due to the burning of fossil fuels would cause a host of problems including rising sea levels, forced migration, freak storms, droughts, floods, extinctions, wildfires, disease epidemics, crop failures and famine.