There are Too Many Mosques in This Country. Democrats Outraged at the Thought. 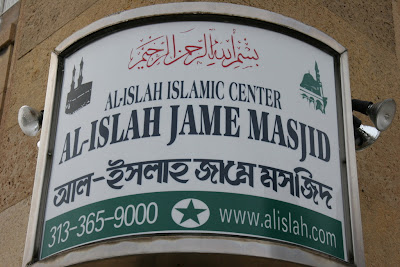 Democratic National Committee Loves these.
Rep. Peter King: There are "too many mosques in this country” The Crypt

New York Rep. Peter King, a prominent House Republican, said there are “too many mosques in this country” in a recent interview with Politico.

“There are too many people sympathetic to radical Islam,” King said. “We should be looking at them more carefully and finding out how we can infiltrate them.”

King is the ranking Republican on the House Homeland Security Committee. And as an outspoken advocate of strong anti-terror measures, he has been unafraid to ruffle some feathers in his drive to protect the homeland.

When asked to clarify his statement, King did not revise his answer, saying “I think there has been a lack of full cooperation from too many people in the Muslim community.” The interview was for a profile of the committee, as part of Politico’s Committee Insider Series.

Earlier, King had said in an interview with radio and television host Sean Hannity that 85 percent of the mosques in this country are controlled by “extremist leadership,” a comment that prompted strong condemnations from many religious organizations and from the Democratic National Committee.

Labels: Too many mosques