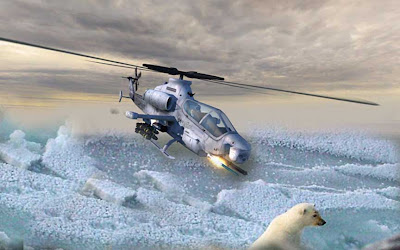 The village of Fort Yukon is in Interior Alaska. The polar bear, which is a coastal bear, was spotted eating lynx carcasses Thursday morning. Zeb Cadzoq killed it later in the day.

FORT YUKON, Alaska -- Fort Yukon, south of the Brooks Range, is more than 200 miles from the Beaufort Sea.

But that's how far a polar bear wandered to its demise.

Residents say the young bear, perhaps a two-year-old, was shot on the outskirts of the Yukon River village Thursday afternoon.

Fort Yukon officials said no in the village can remember a polar bear sighting in that area.

The city manager says it appears the bear was feeding on carcasses placed in the dump by trappers.

Residents, like Paul Shewfelt said they feared the bear would not leave the village.

The man who shot the bear flew the head and hide to Fairbanks Friday to notify state Fish and Game officials.