No Wine Before its Time. 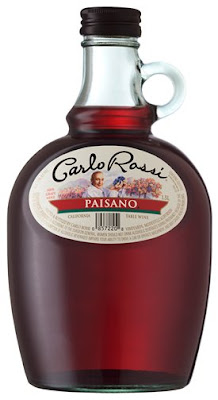 The white working class has a clear picture of the real world experience of race in America. The white working class lives near, works near, and goes to school, (or avoids going to school) with the black community. It is no coincidence that white voters in states such as Vermont, New Hampshire, Utah, Idaho and North Dakota have different racial views than those in Ohio, Pennsylvania, New Jersey, who have an up close and personal experience with the daily reality of black and white relations in America.   The disparaged white middle class knows who are the day-to-day victims and victimizers in black on white crime. A white voter is 100 times more likely to suffer from crime by a black than the reverse.   A nice speech may impress white liberals but Obama trying to explain the one-sided black experience in America is going to lose the votes of those who make US Presidents.

Wright's successor at Trinity United Church of Christ, the Reverend Otis Moss III, won't bow to the wishes of "they" to shut up. It begs the question: "Who are they?" The larger white cultural? Or liberals and Democrats who see all this unfavorable publicity hurting the election chances of Barak Obama?

The sad truth is that neither the Reverend Wright nor black liberation theology is being misunderstood. Both, thanks to the candidacy of Barack Obama, are being exposed. God, in fact, works in mysterious ways. And unless it's the aforementioned liberals and Democrats who are trying to hush up Wright, Moss and others of their ilk, sensible Americans want to hear more, for knowledge is power, the power to combat hate.

And make no mistake, what Americans are hearing, they don't like. In the Rasmussen poll, 73% of voters find Wright's comments to be racially divisive. That's a broad cross section of voters, including 58% of black voters.

In an article in the Washington Post, unnamed ministers commented that black liberation theology "encourages a preacher to speak forcefully against the institutions of oppression..."

And what might these institutions be? They are not specified. But it is safe to say that they are not the welfare state or the Democratic Party. Given that black liberation theology is a product of the dreary leftist politics of the twentieth century, the very vehicles employed by the left to advance statism certainly can't be the culprits.

For the left, black liberation theology makes for close to a perfect faith. It is a political creed larded with religion. It serves not to reconcile and unite blacks with the larger cultural, but to keep them separate. Here, again, The Washington Post reports that "He [Wright] translated the Bible into lessons about...the misguided pursuit of ‘middle-classness.'"

Not very Martin Luther King-ish. Further, all the kooky talk about the government infecting blacks with HIV is a fine example of how the left will promote a lie to nurture alienation and grievance. To listen to Wright -- more an apostle of the left than the Christian church -- the model for blacks is alienation, deep resentment, separation and grievance. All of which leads to militancy. Militancy is important. It's the sword dangled over the head of society. Either fork over more tax dollars, government services and patronage or else. And unlike the Reverend Moss and his kindred, I'll specify the "else." Civil unrest. Disruptions in cities. Riot in the streets.

Keeping blacks who fall into the orbit of a Reverend Wright at a near-boil is a card used by leftist agitators to serve their ends: they want bigger and more pervasive government -- and they want badly to run it.

If any further proof is needed that black liberation theology has nothing to do with the vision of Martin Luther King -- with reconciliation, brotherhood and universality -- the words of James H. Cone, on faculty at New York's Union Theological Seminary, may persuade. Cone, not incidentally, originated the movement known as black liberation theology. He said to The Washington Post:

"The Christian faith has been interpreted largely by those who enslaved black people, and by the people who segregated them."

No mention of the Civil War involving the sacrifices of tens of thousands of lives; no abolition or civil rights movements. No Abraham Lincoln. No Harriet Beecher Stowe. No white civil rights workers who risked and, in some instances, lost their lives crusading in the south to end segregation. And since the civil rights movement, society hasn't opened up; blacks have no better access to jobs and housing; no greater opportunities. The federal government, led by a white liberal, Lyndon Johnson, did not pour billions of dollars into welfare programs and education targeted at inner cities in an attempt to right old wrongs. And still does so. A black man, Barak Obama, on the threshold of winning his party's nomination for president, has in no way done so with the help of white voters in communities across the land.

In the closed world of Cone, Wright and Moss, Jefferson Davis and Bull Connor are alive and well. Black victimhood is the doing of white society, not the doing of angry black leaders and leftists, who see advantage and profit in keeping too many people in black communities captive.

Barack Obama knows all this, as a seventeen year congregant at Wright's church, and as a liberal community activist prior to his election to the Illinois Senate. That he feigns innocence, or that he professes forbearance for some of Wright's words because of the goodness others, is not the line one expects from a post-racial politician. It is what is expected from a man whose career is steeped in racial politics, a politics that does great harm to the very people it purports to serve.