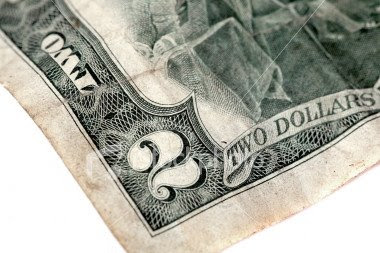 The most powerful economic force in the world right now is what bankers call "deleveraging". Bear Stearns reduced to $2 per share is serious deleveraging.

It's the process, currently under way with a vengeance, of banks and financial institutions asking for their loans back, especially from borrowers perceived as high risk.

It follows years of the opposite, known - unsurprisingly - as leveraging.


There's pain for all of us - in the form of less credit, cripplingly expensive credit or a drop in the value of the investments held by the pension funds on which we depend
In the leveraging era, the world's banks and other great lenders lent far too much - to businesses, to various financial speculators, such as hedge funds and private-equity investors, to homeowners, to shoppers, and even to each other.

A great bubble of debt was created.

That bubble was punctured last summer, when lenders suddenly realised that some of their loans - the subprime ones to US homeowners with poor credit histories - weren't ever going to be repaid in full.

Since then lenders have been asking for their money back from those perceived to be a lousy credit prospect - and pushing up the cost of credit for almost everyone.

This deleveraging process, which has gone in fits and starts, moved up a gear in the past fortnight, as lenders became increasingly fearful about the outlook for the biggest economy in the world, that of the US.

Borrowers dependent on certain parts of the US economy, especially its ailing housing market, are increasingly perceived as bad risks.

In the coming days you can expect more bad news from financial firms whose sources of finance are drying up.

Now, in many ways deleveraging is a good thing. It's time we learned not to borrow more than we can afford.

The problem is that the process of deleveraging causes pain, and not just to Wall Street firms or wealthy investors.

There's pain for all of us - in the form of less credit, cripplingly expensive credit or a drop in the value of the investments held by the pension funds on which we depend.

Or if a company that's borrowed too much runs into difficulties, well then there's a potential financial cost to its employees.

So is there nothing that governments can do to minimise the dislocation caused by deleveraging?

Well in a way our own government has actually been encouraging deleveraging, by supporting the plan of Northern Rock - the nationalised bank - to shrink its balance sheet by around £60bn.

The impact of that is to cut the amount of mortgage finance available in the UK by up to a fifth.

As for central banks, they increasingly look not like supermen but seven-stone weaklings.

They've been reducing official interest rates, but that's done little to cut the cost of credit for most of us or increase its availability, because banks have taken the opportunity to rebuild their profit margins.

And what about central banks' new willingness to allow banks to swap financial assets of dubious value for hard cash or liquid government bonds?

Well that may have encouraged lenders to seize dodgy assets from borrowers that are in trouble in order to dump them on a central bank like the New York Fed.

In other words, central banks may inadvertently be accelerating that fateful deleveraging process.

Worse still, perhaps, the cost of longer-term loans is being pushed up, because lenders and investors believe the Fed is devaluing the dollar and stoking up inflation.

As the distinguished economist Joseph Stiglitz has observed, much of central banks' evasive action looks as effective as pushing on a piece of string.