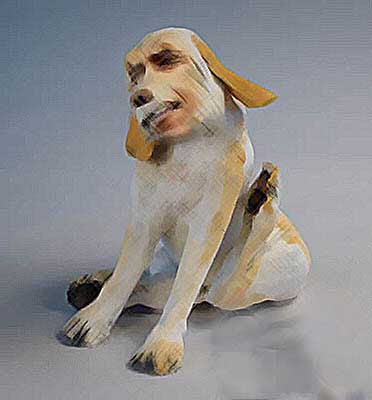 Every Dog Has His Day.
The American Thinker has looked at a few of the connections of Barack Obamam, Antoin Rezko and Iraqi billionaire Nadhmi Auchi. The sudden emergence of Auchi into this story indicates Rezko's deals may include a money trail leading back to dead Iraqi dictator Saddam Hussein. Auchi's Saddam links trace back to a failed 1959 assassination attempt on the life of then-Iraqi-prime-minister Abdul Karim Qasim. Go to the linked article for all the additional links.
________________
March 06, 2008
Obama's Iraqi Oil for Food connection
By Andrew Walden American Thinker

Out on bail awaiting trial, dual US-Syrian citizen, Antoin ‘Tony' Rezko, was rousted out of bed by police pounding on the doors of his Chicago mansion the morning of Monday, January 28. According to the Associated Press:

"U.S. District Judge Amy J. St. Eve jailed Rezko...saying he had disobeyed her order to keep her posted on his financial status. Among other things, he failed to tell her about a $3.5 million loan from London-based Iraqi billionaire Nadhmi Auchi -- a loan that was later forgiven in exchange for shares in a prime slice of Chicago real estate. Rezko gave $700,000 of the money to his wife and used the rest to pay legal bills and funnel cash to various supporters."

Funds from Auchi's loan may have helped finance a complex series of transactions between Rezko and Democratic Presidential candidate Illinois Senator Barack Obama involving the 2005 purchase of Obama's Chicago mansion and Rezko's purchase of an adjoining landlocked parcel.

The Times of London reports:

"A company related to Mr. Auchi, who has a conviction for corruption in France, registered the loan to Mr. Obama's bagman Antoin ‘Tony' Rezko on May, 23 2005. Mr. Auchi says the loan, through the Panamanian company Fintrade Services SA, was for $3.5 million.

"Three weeks later, Mr. Obama bought a house on the city's South Side while Mr Rezko's wife bought the garden plot next door from the same seller on the same day, June 15. Mr. Obama says he never used Mrs. Rezko's still-empty lot, which could only be accessed through his property. But he admits he paid his gardener to mow the lawn."

Rezko's relationship with Barack Obama goes back to at least 1990, when Obama's law firm did work relating to a Rezko housing development. Rezko was a key early-money fund raiser in Obama's state Senate campaigns and his failed run at the US Congress. In June 2005, when the mansion was purchased, Rezko was widely known to be under federal investigation. Rezko also is a key fundraiser for Illinois Democratic Governor Rod Blagojevich.

The sudden emergence of Auchi into this story indicates Rezko's deals may include a money trail leading back to dead Iraqi dictator Saddam Hussein. Auchi's Saddam links trace back to a failed 1959 assassination attempt on the life of then-Iraqi-prime-minister Abdul Karim Qasim.

Auchi's General Mediterranean Holdings company was also the largest private shareholder in Banque Nationale de Paris which later merged with Paribas to become BNP Paribas. At Saddam's insistence, billions of dollars of Oil for Food transactions passed through BNP from its 1995 inception until 2001.

In January 2004, Iraqi newspaper Al-Mada published a list of 270 Oil for Food beneficiaries. The list was translated and published on line by The Middle East Media Research Institute. Hundreds of millions of dollars of Oil for Food money was illegally diverted to buy Saddam favor from the United Nations, possibly reaching as high as Secretary general Kofi Annan's son. Also receiving million's from Saddam's slush fund were heads of state and their associates from Russia, France, China, and numerous Islamic countries.

The Auchi-Obama links go beyond the mansion deal. The Times of London February 1 reports uncovering, "state documents in Illinois recording that Fintrade Services, a Panamanian company, lent money to (an) Obama fundraiser in May 2005. Fintrade's directors include Ibtisam Auchi, the name of Mr. Auchi's wife."


Auchi, a Chaldean Christian, was later pardoned by Qasim. As Saddam's Baath party took power, Auchi prospered. He went to work for the Iraqi Ministry of Oil in 1967. He rose to be Oil Ministry Director of Planning and Development before leaving Iraq in 1979. His brother was apparently killed by Saddam's regime as were family of many high-ranking Baathists. But there are also claims that Auchi continued secretly working for Saddam's intelligence services, a kind of dual reality not uncommon in the twisted world of Saddam's upper echelons.

What is certain is that Auchi prospered mightily collecting "commissions" on sale of weapons and other goods to Iraq in the 1980s and 1990s. Living in the UK, he is now listed as Britain's 18th-richest man. The Times of London reports, "On the 20th anniversary of his business in 1999, Mr. Auchi received a greeting card signed by 130 politicians, including (Prime Minister) Tony Blair, (Conservative Party leader) William Hague and (Liberal-Democratic Party leader) Charles Kennedy...."

In spite of his British connections and an earlier 2004 US visit, Auchi was denied entry into the US in 2005. It is believed that he was attempting in 2005 to win a US visa with the help of Rezko several as-yet-unnamed Illinois political figures. Among Auchi's many international awards is a 2005 election as an "Honorary Member in the International College of Surgeons in Chicago, Illinois." Obama has denied trying to help Auchi.

Auchi has played a role in BNP since the late 1970s. When BNP was privatized by the French government in 1993, Auchi acquired stock in the banking giant through his Luxembourg-based company, General Mediterranean Holdings. Auchi played a key role in BNP's 2000 merger with Paribas. According to the New York Times, "As recently as 2001, General Mediterranean Holdings described itself in an annual report as one of largest single shareholders in BNP Paribas." Saddam used Oil for Food fraud to channel millions of dollars to heads of state, activists, terrorists, and journalists--many of whom returned the favor by backing Saddam in 2003 when the US finally invaded.

In 2003 Auchi was convicted in France for receiving about $100 million in illegal commissions as part of a scandal involving the French oil giant Elf Aquitane. The UK Guardian wrote:

"(Elf was) the biggest fraud inquiry in Europe since the Second World War. Elf became a private bank for its executives who spent £200 million on political favours, mistresses, jewellery, fine art, villas and apartments."

Returning in 2003 to post-Saddam Iraq, Alsamarrae had been made Minister of Electricity under the occupation government of Paul Bremer. Alsamarrae escaped in what he called "the Chicago way" from the Green Zone in December, 2006 after being held for four months in relation to a $2 billion Iraqi reconstruction corruption case. He is now living in his Chicago mansion.

"...in April 2005, one month before Mr. Alsammarae left his post, his Ministry of Electricity signed a contract for $50 million with Companion Security to provide training to Iraqis to guard electrical plants by flying them to Illinois for classes.

"Companion Security was headed by a former Chicago policeman with a troubled history, Daniel T. Frawley, in partnership with Mr. Rezko and in association with Daniel Mahru, the lawyer for the original contract and Mr. Rezko's former business partner. In April 2006, Mr. Frawley entered negotiations with Governor Rod Blagojevich's staff to lease a military facility in Illinois to be a training camp. In August 2006, Mr. Frawley started negotiations with Mr. Obama's U.S. Senate staff to complete the contract....

"(In 2004) Mr. Auchi traveled by private aircraft to Midway Airport in Chicago and then to a fete at the Four Season Hotel, where he met with his business partner in Chicago real estate, Mr. Rezko, as well as with Illinois Governor Rod Blagojevich. Also present that night, according to a fresh report by James Bone and Dominic Kennedy of the London Times, was State Senator Barack Obama, who had recently won the Democratic primary for the U.S. Senate seat...."

Most politicians try to keep their financial backers out of trouble until after the election. But Rezko, is already indicted by a federal grand jury. And now his trial has begun in a Chicago federal court.

Rezko, along with Ali Ata and Abdelhamid Chaib, face federal grand jury charges presented in October 2006 by U.S. Attorney for Northern Illinois Patrick Fitzgerald. The case revolves around allegations of fraud between 2000 and 2004 in the sale of 17 Papa Johns' Pizza parlors in Detroit, Chicago and Milwaukee. The case may begin with pizza but it could easily lead back to Europe, Syria, Iraq, and the UN Oil for Food program.

Fitzgerald is the prosecutor who won perjury convictions against Vice President Cheney's Chief of Staff, Scooter Libby, in March, 2007. Chaib is an officer of several of Rezko's restaurant chains including Chicagoland Panda Express franchises. Ata was appointed Executive Director of the Illinois Finance Authority by Governor Blagojevich. Ata was also a former president of the Chicago Chapter of the American Arab Anti-Discrimination Committee, and had a financial interest in Rezko's restaurants. Ata reportedly donated as much as $60,000 to Blagojevich and $5,000 to Obama. Rezko reportedly raised as much as $500,000 for Blagojevich and at least $70,000 for Obama's various campaigns. Obama has redirected as much as $150,000 in donations "bundled" by Rezko.

"In 1997, Panda Express won the right to open a lucrative concession at O'Hare International Airport under the city's Minority Set-Aside program which directs large contracts to companies owned by Women, African Americans or Hispanics. The city awarded a 10-year contract for O'Hare Airport to Crucial Inc. in 1999, which the city believed was owned by an African American, Jabir Herbert Muhammad, the son of the late Elijah Mohammad."

Elijah Mohammad led the Nation of Islam until his death in 1975. Jabir Herbert Muhammad was sued in 1999 by boxer Muhammad Ali for unauthorized use of his name in connection with the so-called Muhammad Ali Foundation. Rezko served as Executive Director of the Foundation.

Jay Stewart of the Better Government Assn. in Chicago told the LA Times:

"Everybody in this town knew that Tony Rezko was headed for trouble. When he got indicted, there wasn't a single insider who was surprised. It was viewed as a long time coming. . . . Why would you be having anything to do with Tony Rezko, particularly if you're planning to run for president?"

At a March 3 news conference in San Antonio, Texas, Chicago-based reporters peppered Obama with some of the questions the national news corps has avoided for over a year. Obama claims he had already answered the questions in the Chicago media. He said: "These requests, I think, could just go on forever. At some point, what we need to try to do is respond to what's pertinent."

"Reporters, however, had a different idea of what was pertinent, and the questions about Rezko, NAFTA and other unpleasant subjects continued to come. An aide called out ‘last question,' and Obama made his move for the exit -- only for reporters to shout after him in protest. ‘C'mon, guys,' he pleaded. ‘I just answered, like, eight questions.'"

Obama has refused to sit down at length with the Chicago reporters who have worked this story for years. But as Milbank pointed out, "The questioning...has only just begun." With old-time Chicago corruption now going international-and Presidential--finding those answers is more urgent than ever.