NAFTA and the 2008 Presidential Election 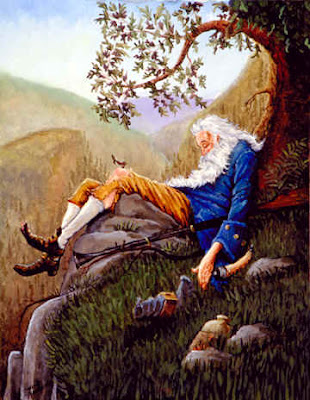 Rip Van Republican
The Second Battle Of NAFTA
By: Pat Buchanan, The Bulletin
03/06/2008

If Canada and Mexico do not renegotiate NAFTA, said Hillary Clinton in the Cleveland debate, she would "opt out" of the trade treaty that was the legislative altarpiece of Bill Clinton's presidency. Barack agreed. NAFTA is renegotiated, or NAFTA is gone.

Barack went further. He has denounced "open trucking," the feature of NAFTA whereby Mexican trucks are to be free to roam the United States and compete with the Teamsters of Jim Hoffa's union, which just endorsed him.

The trade issue is back, big-time. For to blue-collar workers in industrial states like Ohio, NAFTA is a code word for betrayal - a sellout of them and their families to CEOs panting to move production out of the United States to cheap-labor countries like Mexico and China.

Our workers' instincts are backed up by stats. In 2007, the U.S. trade deficit with Mexico soared 16 percent to $73 billion, a record. Mexico now ships more cars to us now than we ship to the world. And where did Mexico get an auto industry?

Charles MacMillion of MBG Services has run the numbers.

In manufactures, the United States had a trade deficit of $499 billion in 2007, a slight improvement over the $526 billion record in 2006. Yet that trade deficit in manufactured goods with the world is more than twice as large as our $224 billion bill for OPEC's oil.

Under President Bush, the U.S. trade deficit has doubled. Three million manufacturing jobs have vanished. And America has begun to run a trade deficit in advanced technology goods of more than $50 billion.

Our trade deficit in advanced technology goods with China is $67 billion, eight times what it is with Japan.

"Free trade is essential to the creation of high-paying quality jobs," said Mr. Bush on Thursday. But if exports create jobs (and they do), imports displace them. And if we import half a trillion dollars more in manufactures than we export, is not Bush trade policy literally slaughtering industrial jobs?

Neither Hillary nor Mr. Obama has laid out a new trade-and-tax policy to deal with the de-industrialization of America and our deepening dependency on foreign technology, manufactures and the loans to pay for them. But at least they are listening to the country.

John McCain seems blind and deaf to the crisis. In Michigan, he informed autoworkers their "jobs are not coming back" and explained his philosophy: "I'm a student of history. Every time the United States has become protectionist ... we've paid a very heavy price."

This is ahistorical nonsense. From 1860 to 1913, the United States was the most protectionist nation on earth and produced the most awesome growth of any nation in history. In 1860, the U.S. economy was half of Britain's; in 1913, it was more than twice Britain's.

In 1920, Warren Harding and Calvin Coolidge won a landslide, cut income taxes from Mr. Wilson's 69 percent to 25 percent and doubled tariffs. America went on a tear. When Mr. Coolidge went home in 1929, the United States was producing 42 percent of the world's manufactured goods.

Who were America's protectionists?

Abraham Lincoln used Morrill Tariff revenue to fight the Civil War. The 11 GOP presidents who followed, from 1865 to 1929, all protectionists, made America the greatest industrial power in history, with a standard of living never before seen. Mocking protectionism, McCain is repudiating Republican history and all its achievements up to the era of Dwight Eisenhower and Richard Nixon.

America rose to power behind a Republican tariff wall. What has free trade wrought? Lost sovereignty. A sinking dollar. A hollowing out of U.S. manufacturing. Stagnant wages. Wives forced into the labor market to maintain the family income. Mass indebtedness to foreign nations, and a deepening dependency on foreign goods and borrowings to pay for them. We have sacrificed our country on the altar of this Moloch, the mythical Global Economy.

It took Rip Van Republican 20 years to wake up to the disaster of open borders and five years to realize the folly of igniting wars in which no vital interest was at risk. How long before the GOP wakes up to the reality that globalism is not conservatism, never was, but is a pillar of Wilsonian liberalism, in whose vineyards our faux conservatives now daily labor?

Pat Buchanan is a politician, author, syndicated columnist and broadcaster.