EU Puts Together Sanction Plan Against Iran Without US, Iran Terrified 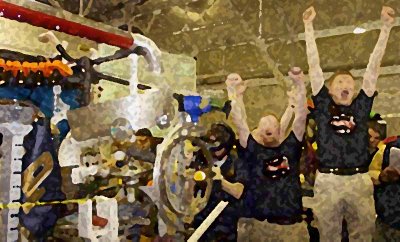 WASHINGTON (Reuters) - Key European states are threatening to circulate their own draft resolution imposing nuclear and missile sanctions on Iran after failing to reach agreement with Washington, a European diplomat said on Tuesday.

But a senior U.S. official predicted the dispute will be resolved.

A unified front among Britain, France, Germany and the United States has been key to international efforts to deal with Iran's nuclear program.

But they have recently split over a U.S. demand that Russia be forced to halt work at Iran's Bushehr nuclear power plant, U.S. officials and European diplomats said.

"The Europeans have told the United States that we're going to circulate the text among the permanent five members of the U.N. Security Council and planned to do it today," one diplomat said.