The Trilion Dollar Question: Will China Keep Buying US Treasuries? 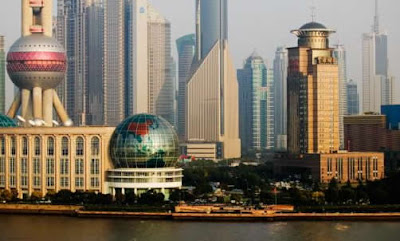 An interesting little clip, this is.

It is clever word crafting. It is a shot over the bow at the US Congress on free trade, Buy America, Chinese purchase of US securities, Chinese selling of US securities, a stable yuan (read: quit pressuring the Chinese to re-value the juan) and it is all encapsulated with a term the Chinese love to use "everyone's interests."

Speaking of everyone's interest, how about this?

It would be a very good time to approach the Chinese and suggest a joint US-Chinese development of a common jointly designed and produced nuclear power plants. By hook or crook, the Chinese have our technology plus their own. The Chinese could get their plants on line much faster than in the US and it could be made into a massive stimulus and investment program.

China’s willingness to continue buying United States Treasury securities in large numbers will depend on its need to protect the value of its foreign investments, the Chinese premier, Wen Jiabao, said Saturday. He also said that a stable yuan is in everyone’s interests.

“Whether we will buy more U.S. Treasury bonds, and if so by how much — we should take that decision in accordance with China’s own need and also our aim to keep the security of our foreign reserves and the value of them,” Mr. Wen said.

His enigmatic remarks, made near the end of a visit to Europe, could raise new concerns about China’s commitment to continue purchasing United States government debt.