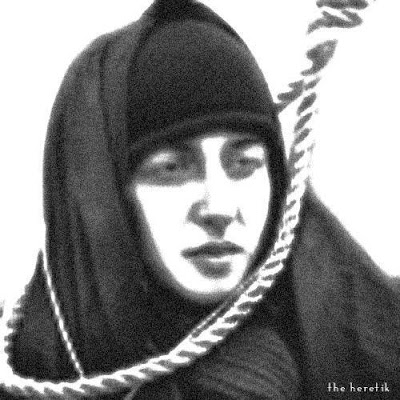 Liberals never fail to underestimate evil. Pakistan has capitulated to radical Islam. It will be no different in Pakistan than it was in Iran. Jimmy Carter discouraged the Iranians from a military coup as a means to fight the mullahs. It was a critical error in judgment and a belief that one could negotiate with the irrational. You cannot.

I fear that this will ensure that the Islamists will end up with a one hundred nuclear weapon arsenal. Bad to bad and on our way to far worse.

Pakistan is to impose Islamic law in a vast region of the north-west called Malakand in an attempt to placate extremists, even as President Asif Zardari warns that they are "trying to take over the state".

Pakistani Taliban militants who are in control of the Swat valley in the region announced a ceasefire tonight, reacting to the government's agreement to bring in sharia courts.

Malakand is part of North West Frontier province, a regular part of Pakistan, not the wild tribal area, which runs along the Afghan border.

Critics warned that the new sharia regulations represented a capitulation to the extremists' demands, and that it would be difficult to stop hardliners elsewhere in the country from demanding that their areas also come under Islamic law.

"This is definitely a surrender," said Khadim Hussain of the Aryana Institute for Regional Research and Advocacy, a thinktank in Islamabad. "If you keep treating a community as something different from the rest of the country, it will isolate them."

Javed Iqbal, a retired judge, speaking on Pakistani television, said: "It means that there is not one law in the country. It will disintegrate this way. If you concede to this, you will go on conceding."

The deal, set to be announced tomorrow, follows talks between the government and a local Islamic leader, Sufi Muhammad, who once led hundreds of men to fight alongside the Taliban in Afghanistan against the US-led coalition. He was freed by the Pakistani authorities after the restoration of democracy last year, in a move heavily criticised by Washington.

In an interview broadcast todayby the US television channel CBS, Zardari admitted that the future of Pakistan was in grave danger from the Taliban, who are present in "huge parts" of the country. Islamabad is under severe pressure from the US, Britain and other western allies to rein in the extremists, who fight both in Pakistan and Afghanistan and play host to al-Qaida.

Zardari said: "We are aware of the fact [the Taliban are] trying to take over the state of Pakistan. We're fighting for the survival of Pakistan. "

Zardari's wife, the former prime minister Benazir Bhutto, was killed by Islamic extremists in 2007. "I lost my wife, my children's mother," the president said. "It's important to stop them and make sure that it doesn't happen again and they don't take over our way of life."

Hajji Adeel, a senior member of the Awami National party which runs the government of North West Frontier province that undertook the negotiations with Muhammad, said the main aim of the new law was to speed up the justice system. Under the new regulations, criminal cases would be disposed of within four months and civil cases in six months, he said.

The creaky colonial-era legal system in Pakistan means that cases drag on for years, sometimes decades, a major source of anger for ordinary people. "If six months ago, this [sharia] had started working in Swat, the intensity of the terror there would have been much less," said Adeel.

The ANP a proudly secular party, has come under sustained attack from the Taliban, and last week one of its members in the provincial parliament was killed by a roadside bomb.

The new law is a relatively mild form of sharia, with the aim of undermining support for the extremists and their populist demand for speedy Islamic justice. Religious experts, known as a qazi, will sit in the court, alongside a regular judge, to ensure that the rulings are in compliance with Islam.

However, many believe that the Taliban will not ultimately accept this form of Islamic law. Muhammad is not part of the Taliban and it is unclear how far his influence goes.

The Swat Taliban's ceasefire, described as a "goodwill gesture", will only last for 10 days, while it decides what to do. Muhammad has undertaken to tour the area to convince the militants to put down their arms. In Swat, the Taliban have for months been enforcing their brutal version of Islamic justice, which includes public floggings and summary executions. The Taliban are also entrenched across the tribal area.