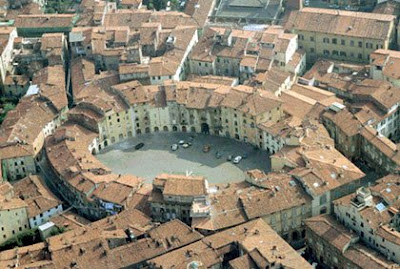 Some time ago, I took a lady friend to Tuscany to relax, hunt and enjoy the pleasures of her company and rural Italy in off-season. Not necessarily in that order. One day we decided to take a meandering trip to Lucca, a charming ancient walled city founded by the Etruscans. I intentionally planned a back route so that we could enjoy the scenic trip and marked up a map and handed it to her. She insisted she was not good with maps and I insisted she would do just fine.

She is a bright and good humored woman and as usual she was right. It soon became obvious to both of us that her skills at navigation were not up to the task.

In frustration she refused to further humiliate herself and quit, forcing the map back on me. Unfortunately, I need reading glasses and could not both drive and read without getting us killed. A stop at a little cafe saved the moment.

Over coffee, I came up with a plan. Country road signs in Italy are quite good and reliable. I wrote down a list of all the places we needed to pass through on our route to Lucca. She happily accepted the list, and checked off each little village, one at a time, and we got to Lucca without a further wrong turn.

Women's difficulty in reading maps and men's uselessness in finding things under their noses could be explained by new research, scientists claim.

Scientists believe the reason the sexes differ is due to their different roles in evolution.

Men had to hunt and stalk their prey, so became skilled at navigation, while women foraged for food and so became good at spotting fruits and nuts close by.
The theory emerged from a study which looked at the different ways in which men and women appreciate art.

Researchers discovered that a brain region called the parietal lobe, which governs spatial awareness, is active in both men and women when they admire a "beautiful" picture or photograph.

But while neurons on both sides of the brain were stimulated in women, only those in the right hemisphere were activated in men.

The left side deals with closer range objects while the right is better at co-ordinates.

The scientists, led by Dr Francisco Ayala from the University of California, and reported in the journal Proceedings of the National Academy of Sciences, believe differences in the way men and women appreciate beauty probably arose early in the evolution of early modern humans, say the researchers.

Hunting, traditionally done by men, required a "co-ordinating" ability to track animals accurately while on the move. Closer spatial awareness was better suited to foraging for fruit, roots or berries, a job mainly carried out by women.
"Women tend to be more aware than men of objects around them, including those that seem irrelevant to the current task, whereas men out-perform women in navigation tasks," the scientists wrote.

"Men tend to solve navigation tasks by using orientation-based strategies involving distance concepts and cardinal directions, whereas women tend to base their activities on remembering the location of landmarks and relative directions, such as "left from", or "to the right of"."