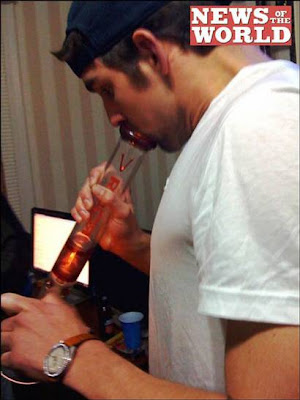 Guaranteed to blow your mind and money.
The kid can swim , but is demonstrably a dumb shit, and hopefully not a business major. Here he is in his own words of course:

I engaged in behavior which was regrettable and demonstrated bad judgment," Phelps said in the statement released by one of his agents. "I'm 23 years old and despite the successes I've had in the pool, I acted in a youthful and inappropriate way, not in a manner people have come to expect from me. For this, I am sorry. I promise my fans and the public it will not happen again."