Obama projects a budget for the 2010 fiscal year of nearly $3.6 trillion. 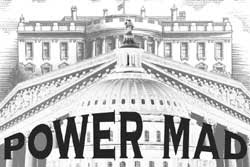 Departing from the free market orthodoxy of his predecessor, George W. Bush, Mr. Obama would aggressively use the government’s powers of spending and taxation to push the private market in new directions.

That means the US Government is going to be spending twice its revenue. It is a social putsch. The deficit will be 12.3 percent of GDP. Government spending will be 27.7% of GDP and revenue 15.4% of GDP. The bureaucracy to do that, and the government union jobs created to service this will be impossible to dismantle.

All of this is dependent on how and who will finance this colossus. I smell blood.

WASHINGTON — Proclaiming a “once in a generation” opportunity, President Obama proposed a 10-year budget on Thursday that reflects his determination in the face of recession to invest trillions of dollars and his own political capital in reshaping the nation’s priorities.

He would overhaul health care, begin to arrest global warming, expand the federal role in education and shift more costs to some corporations and the wealthiest taxpayers.

In a veiled gibe at the Bush years, Mr. Obama said his budget breaks “from a troubled past” and attributed the current economic maelstrom to “an era of profound irresponsibility that engulfed both private and public institutions from some of our largest companies’ executive suites to the seats of power in Washington, D.C.”

Without trimming his ambitious campaign promises, the president projects a budget for the 2010 fiscal year of nearly $3.6 trillion. He says he would shrink annual deficits, now at levels not seen in six decades, mostly through higher revenue from rich individuals and polluting industries, by reducing war costs and by assuming a rate of economic growth by 2010 that private forecasters and even some White House advisers consider overly rosy.

None of the new taxes and other sources of revenue, however, would take effect until the economy recovers, administration officials said.

Mr. Obama’s first budget was light on proposals to cut spending, despite his statement at the White House on Thursday that the government would be “cutting what we don’t need to pay for what we do.” But the cuts he does propose, contrasted against his new spending, underscore the change he seeks.

Mr. Obama would slash about $5 billion in the coming year for direct payments to agribusinesses and farmers with more than $500,000 in annual revenue, and $4 billion in annual subsidies to private banks that make college loans. Instead he would increase spending for government Pell grants to needy students, and for the first time index the maximum yearly grant for inflation.

Those two cuts alone will provoke big fights with the farm and banking lobbies and their supporters in Congress. Republicans and business groups condemned the tax proposals. Robert Greenstein, executive director of the left-leaning Center on Budget and Policy Priorities, praised the budget as “bold, courageous and honest” but acknowledged that it takes on “one vested interest after another, and that will require all of the president’s skills to get through Congress.” 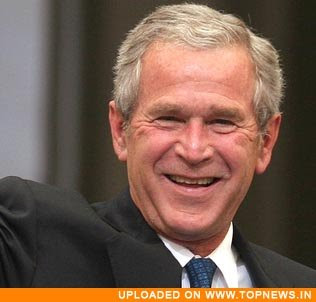