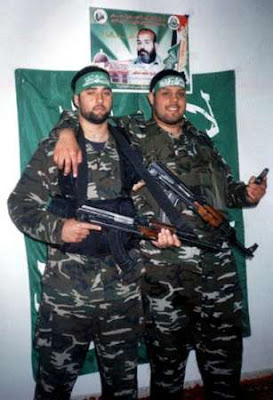 British soldiers are engaged in "a surreal mini civil war" with growing numbers of home-grown jihadists who have travelled to Afghanistan to support the Taliban, senior Army officers have told The Independent.

Interceptions of Taliban communications have shown that British jihadists – some "speaking with West Midlands accents" – are active in Helmand and other parts of southern Afghanistan, according to briefing papers prepared by an official security agency.

The document states that the numbers of young British Muslims, "seemingly committed jihadists", travelling abroad to commit extremist violence has been rising, with Pakistan and Somalia the most frequent destinations.

MI5 has estimated that up to 4,000 British Muslims had travelled to Pakistan and, before the fall of the Taliban, to Afghanistan for military training. The main concern until now has been about the parts some of them had played in terrorist plots in the UK. Now there are signs that they are mounting missions against British and Western targets abroad. "We are now involved in a kind of surreal mini-British civil war a few thousand miles away," said one Army officer.

Somalia is also becoming a destination for British Muslims of Somali extraction who have started fighting alongside al-Qa'ida-backed Islamist forces. A 21-year-old Briton of Somali extraction, who had been brought up in Ealing, west London, recently blew himself up in the town of Baidoa, killing 20 people. The head of MI5, Jonathan Evans, has raised the worrying issue of British citizens being indoctrinated in Somalia, and Michael Hayden, the outgoing head of the CIA, warned that the conflict in the Horn of Africa had "catalysed" expatriate Somalis in the West.

But it is in Afghanistan that British forces are now directly facing fellow Britons on the other side. RAF Nimrod aircraft flying over Afghanistan at up to 40,000ft have been picking up Taliban electronic "chatter" in which voices can be heard in West Midlands and Yorkshire accents. Worryingly for the military, this has increased in the past few months, with communications picked up by both ground and air surveillance, showing the presence of more British voices in the Taliban front line.

The men involved are said to try to hide their British connections but sometimes "fall back" into speaking English. One senior military source said: "We have been hearing a lot more Punjabi, Urdu and Kashmiri Urdu rather than just Pashtu, so there appears to be more men from other parts of Pakistan fighting with the Taliban than just the Pashtuns who have tribal allegiances with the Afghan Pashtuns. It is this second group, the Urdu, Punjabi speakers etc, who fall back into English in, for example, Brummie accents. You get the impression that they have been told not to talk in English but sometimes simply can't help it."

Some of the British Muslims had originally trained in Pakistan to commit attacks in Kashmir. But security sources say the rising threat of Indian retribution, especially after the Mumbai attacks, had led to the Pakistani government curbing the activities of the Kashmiri separatist groups, so the fighters are being switched to Afghanistan. The numbers involved in Afghanistan, the intelligence document shows, are relatively few, dozens rather than hundreds, but the pattern of involvement is described as a cause for concern.

Last week, during a visit to Helmand, the Foreign Secretary, David Milliband, was shown Taliban explosive devices containing British-made electronic components. An explosives officer said the devices had either been sent from Britain, or brought over to the country. They ranged from remote-control units used to fly model airplanes to advanced components which could detonates bombs at a range of more than a mile.

Evidence of British Muslims fighting inside Afghanistan and training in insurgent camps in Pakistan's Federally Administered Tribal Areas has been provided to the UK authorities by the Americans. The US has significantly stepped up its surveillance inside Pakistan as part of a more aggressive policy including cross-border raids by unmanned Predator aircraft.

The Americans are said to have raised the issue of the Pakistan connection, complaining that the UK is not doing enough to curb radical Muslims. The US pointed out that this threatens their own security because UK passport holders can get into the US under the visa waiver programme. The Conservative MP Patrick Mercer, the chairman of the Commons' sub-committee on anti-terrorism, which has been examining the activities of British Muslim extremists, said: "We know the problem we have with UK-based jihadists. We also know that a number of them have been arrested trying to leave the country. With the UK intelligence services at full stretch, it is not surprising some of these jihadists had ended up in Afghanistan."

Brigadier Ed Butler, the former commander of British forces in Afghanistan, said British Muslims were fighting his forces. "There are British passport holders who live in the UK who are being found in places such as Kandahar," he said. "There is a link between Kandahar and urban conurbations in the UK. This is something the military understands but the British public does not."

Robert Emerson, a security analyst who has worked in South Asia, said: "There is ample evidence that British Muslims had trained in camps in Pakistan. What is emerging now is a picture of them being more active in Afghanistan, either providing support and logistics or in active service. The numbers are not particularly large, but it is worrying."

Jonathan Evans, of MI5, said the number of extremists wanting to travel to Iraq had "tailed off significantly" as Britain begins the drawdown of its troops in the country. But there was "traffic" into Pakistan and Afghanistan. "What happens in Afghanistan is extremely important because what happens there has a direct impact on domestic security in the UK," he said. "Pre-2001, they were able to establish terrorist facilities and to draw hardened extremists and vulnerable recruits to indoctrinate and teach techniques. If the Taliban is able to establish control over significant areas, there is a real danger that such facilities will be re-established."

Last week, as Barack Obama ordered 17,000 extra US troops into Afghanistan, a confidential Nato report revealed that more than 30 per cent of the population believed the government of President Hamid Karzai had lost control of the areas in which they live and much of that has slipped back into Taliban control.