'Family values do not stop at the Rio Grande River' 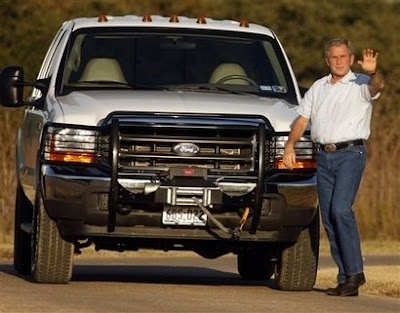 Well of course that is a real working ranch truck.

Family values do not stop at the Rio Grande River. Well I guess that depends on which side of the border that you happen to reside.

I would have thought that family values would imply that you value your own family. One of the primal duties of a man is to protect his family and property, especially when those who are sworn to enforce the law, do not.

Here is an outrage about a real rancher, Roger Barnett, that did the right thing to protect his own. His government under the leadership of another so-called rancher, George W. Bush, did not protect the rights of Citizen Barnett.

Which is the real man?

One of the 16 illegal immigrants allowed by a federal court to sue an Arizona rancher for stopping them at gunpoint after they sneaked across the U.S.-Mexico border is a convicted felon deported from this country after a 1993 arrest by U.S. authorities on drug charges, court records show.

Gerardo Gonzalez, described in a lawsuit brought by the Mexican American Legal Defense and Education Fund (MALDEF) as a 38-year-old Mexican citizen, was convicted in September 1993 for possession of a controlled substance for sale and ordered deported to his home country.

Gonzalez, whose illegal re-entry after removal under U.S. law would be another felony, is among five women and 11 men detained by Roger Barnett, owner of the Cross Rail Ranch near Douglas, Ariz.

The trial against Mr. Barnett on charges of civil rights violations began last week before U.S. District Court Judge John M. Roll in Tucson and is expected to conclude Friday.

Asked about Gonzalez, MALDEF spokeswoman Laura Rodriguez in Los Angeles said Thursday night that a gag order had been issued in the case and she could not comment.

MALDEF had sought Jan. 6 to preclude questioning, testimony or evidence regarding Gonzalez´s drug conviction and his removal from the U.S., saying it was "irrelevant to the factual and legal issues at hand and extremely prejudicial."

Attorney Victor A. Rodriquez also sought to exclude at trial the numerous photographs and a videotape depicting vandalism and the transportation of illegal drugs through the Barnetts´ ranch. He said the photos and video did not involve any of the plaintiffs in this case.

The lawsuit seeks $32 million for civil rights violations, the infliction of emotional distress and other accusations - $1 million actual damages and $1 million punitive damages for each of the illegal immigrants.

Also named are Mr. Barnett's wife, Barbara, his brother, Donald, and Larry Dever, the sheriff in Cochise County, Ariz., where the Barnetts live. The trial is based on a March 7, 2004, incident in which Mr. Barnett approached a group of illegal immigrants while carrying a gun and accompanied by his dog.

The lawsuit said the Barnetts "engaged in a private campaign and have conspired with each other and others to 'hunt' and detain against their will, and at gunpoint, Latino migrants or presumed migrants such as plaintiffs."

It also said Mr. Barnett committed assault and battery, falsely arrested and imprisoned the 16 illegal immigrants, acted negligently, inflicted emotional distress and "engaged in a conspiracy to deprive plaintiffs of their civil rights."

But in a statement of facts filed with the court, Mr. Barnett's attorney, David T. Hardy, said his client's 22,000-acre ranch is frequently crossed by illegal immigrants and drug smugglers and that Mr. Barnett was checking for damages when his dog started barking and ran off into the desert. He said Mr. Barnett followed the dog and came across a large group of people "apparently trying to hide."

"Since drug smugglers are frequently armed, I drew my handgun," Mr. Barnett said in an April 18, 2007, deposition. "I holstered it after assuring myself they were not armed. I then called Border Patrol on my cell phone, and my wife, Barbara, on my radio, and waited until Border Patrol arrived and took them into custody."

A March 2007 deposition of Border Patrol agent Manuel Rodriquez found that after agents ran a records check of those detained on the Barnett ranch, other members of the party had made prior attempts at illegal entry.

Mrs. Barnett said during an April 2007 deposition that her husband would not have seen the 16 illegal immigrants had it not been for the dog.

"If the dog hadn't gotten out and started barking, we would have never known they were there," she said.

In a 2002 interview with The Washington Times, Mr. Barnett, now 64, said he first started to notice tracks and trash on his ranch in 1998, and learned later that his property had become a major route for illegal immigrants headed out of Mexico and for northbound drug smugglers.

The ranch sits in what Cochise County, Ariz., law enforcement authorities call "the avenue of choice" for illegal immigration.

"Thousands of aliens have crossed my property," Mr. Barnett said during the interview. "There are so many that I can tell you that at times it looks like a slow-motion invasion. Literally, I feel like the guy with his finger in the dike, and I just don´t think I can hold back the flood."

He said intruders on his ranch tore up water pumps, killed calves, destroyed fences and gates, stole trucks and broke into his home. Some of his cattle have died from ingesting the plastic bottles left behind by the immigrants, he said, adding that he installed a faucet on an 8,000-gallon water tank so the immigrants would stop damaging the tank to get water. 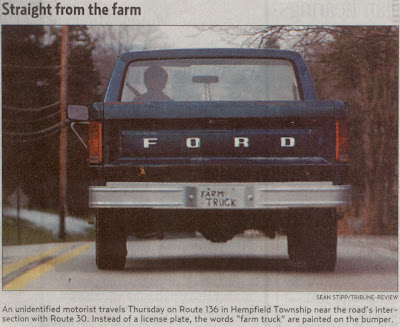