The TSA, Another Big Government Failure 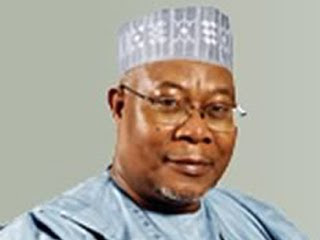 Father of dirt bag bomber Umar Farouk Abdulmutallab warned US Government about his fanatic son. Maybe he should have had tea with President Barack Hussein Obama.

The same dreary headlines when a massive government bureaucracy fails; More of the same:

(CNN) -- Passengers flying into the United States from abroad should expect additional security measures at U.S. and international airports a day after a passenger detonated a device aboard a flight from Amsterdam, Netherlands to Detroit, Michigan, the Transportation Security Administration said Saturday.

Measures will include increased pat-downs and gate screening, as well as having to stow carry-ons and personal items, including pillows.

"We ask that passengers follow the instructions of international security and flight crews," the TSA said.

Of course they will step up their pat downs. They do not have another answer because they are besotted with political correctness and fear of profiling.

Tens of thousands of obviously middle-class middle-aged suburban American white woman will be frisked, perfume bottles and skin creams seized, while some black Nigerian with a name like Umar Farouk Abdulmutallab and a passport with stamps from all the usual Middle Eastern shit holes gets through the MPG (mustn't profile gauntlet). Of course when you have a president with the handle of Barack Hussein Obama, perhaps it is understandable.
Never mind, it is only a matter of time before one of these Muslim shit birds gets lucky and kills more Americans because god is so fucking great and Allah the greatest of the great.

Disaster was averted because passengers took matters into their own hands. The only thing better would have been if they had kicked the snot out of him and then strangled his sorry ass till his eyeballs rolled back in his head and he quit twitching.
Excuse me while I spit.