John Kerry, Master of the ad-lib, Wants to be Helpful with Iran 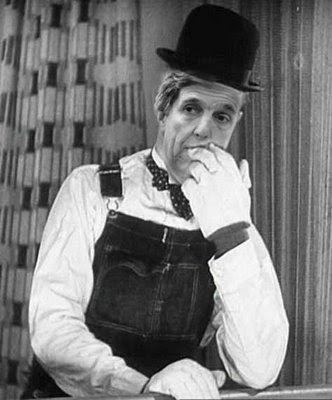 "Did I say something wrong Ollie?"
As some of you know, I have a particular and personal fondness for John Kerry. He really is the jackass of the Senate. The idea that this fool would pick this time to go to Iran is a testament to his vanity and lack of understanding of the current situation in Iran.

The Obama Administration, allowing this to happen is absolutely clueless. It would only give credability to a regime on its way out.

The funeral procession for Grand Ayatollah Hossein Ali Montazeri drew thousands to the holy city of Qom on Monday.
WSJ.com/Mideast: News, video, graphics
The offer comes as mass protests against Iran's regime are resurfacing and a U.S.-imposed deadline nears to broach international sanctions against Iran.

"This sounds like the kind of travel a chairman of the Foreign Relations Committee would -- and should -- undertake," said a White House official, adding it would be at Sen. Kerry's own behest.

It's unclear whether Iran would welcome the visit, and it would be controversial within both countries. The Iranian government has rebuffed other recent White House efforts to establish a direct dialogue.

The Obama administration hasn't decided whether to make Sen. Kerry its official representative if he goes, but as chairman of the Senate Foreign Relations Committee, Sen. Kerry can visit if the White House and Tehran both approve.

Many opponents of Tehran's regime oppose such a visit, fearing it would lend legitimacy to President Mahmoud Ahmadinejad at a time when his government is under continuing pressure from protests and opposition figures. Hundreds of thousands of demonstrators took to the streets again this week to voice their opposition to the government following the death of a reformist cleric.

"We've eschewed high-level visits to Iran for the last 30 years. I think now -- when the Iranian regime's fate is less certain than ever -- is not the best time to begin," said Karim Sadjadpour, an Iran analyst at Washington's Carnegie Endowment for International Peace.

"The wrong message would be sent to the Iranian people by such a high-level visit: The U.S. loves dictatorial regimes," said Hossein Askari, a professor at George Washington University and former adviser to Iranian governments.

A trip by Sen. Kerry could provide the Obama administration a last-minute chance to directly convey its views to Iranian leaders before the U.S. moves to increase financial pressure on Tehran in an effort to derail Iran's nuclear programs.

A spokesman for Iran's mission to the United Nations didn't respond to requests for comment on the potential visit. In Iran, officials have been dismissive of the idea since the magazine Foreign Policy said Friday in a blog post that Sen. Kerry was considering it.

The former presidential candidate has undertaken a string of diplomatic initiatives over the past year in coordination with President Barack Obama. The Massachusetts Democrat played a high-profile role in brokering an end to Afghanistan's postelection political crisis this October through his negotiations with President Hamid Karzai. He also has been serving as an intermediary between the White House and Syrian President Bashar Assad, and traveled to Damascus last February for direct talks.

If he goes to Tehran, it would be the highest-level mission by a U.S. official in three decades. Lower-level meetings have taken place recently between the U.S. and Iran in third countries, which also could still be an option for Sen. Kerry.

Oliver North, a national security council staffer for President Ronald Reagan, secretly visited Tehran in 1986 for talks on trading arms for U.S. hostages in what became known as the Iran-Contra scandal. But other than that, the highest-level U.S. official to visit was James Billington, the former head of the Library of Congress, who went for a six-day cultural exchange in 2004.

Sen. Kerry and his staff, according to people briefed on the deliberations, have explored the idea of Sen. Kerry writing to Iran's Supreme Leader Ayatollah Ali Khamenei to assess his office's interest in the senator meeting senior Iranian leaders.

Mr. Obama has given Iran until year-end to respond to international calls for direct negotiations over Tehran's nuclear program before facing new economic sanctions. Many U.S. and European officials believe the window for diplomacy with Iran is rapidly closing, as Tehran has largely balked.

Frederick Jones, a spokesman for Sen. Kerry, said he couldn't discuss any deliberations between the senator and the White House. Mr. Jones stressed, however, that no trip has been scheduled. "Is he planning now on going to Iran? The answer is no," said Mr. Jones.

The White House has already sent two letters to Mr. Khamenei seeking a more direct dialogue on the nuclear issue, and has received little of substance in return, according to U.S. officials.

Iran last month shot down an offer from the U.S., Russia and France that would have had Tehran ship out most of its low-enriched uranium for reprocessing overseas in return for nuclear fuel usable in an Iranian research reactor. The White House viewed the fuel swap as an important confidence-building measure that could have led to other dialogue.

Late last year, the chairman of the House Committee on Foreign Affairs, Rep. Howard Berman, also tried to arrange a meeting with Mr. Larijani on the sidelines of a security conference in Manama, Bahrain, according to officials involved.

Mr. Berman went as far as arranging a flight to the Persian Gulf country for the meeting, which had been brokered by the London-based International Institute for Strategic Studies. But at the last minute Mr. Larijani back out. Officials involved said they believed the Iranian leader feared he would have been attacked in Tehran for meeting with an American lawmaker.

Write to Jay Solomon at jay.solomon@wsj.com