It is "Honor" Time Again In Washington. 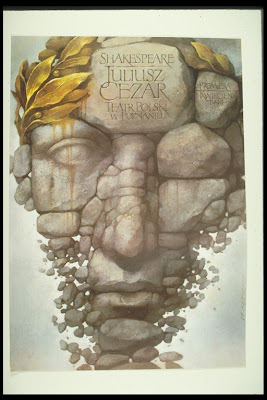 Nixon famously declared the 1973 agreement in Viet Nam to be "peace with honor". America was disengaging, yet South Vietnam was going to fight its own war.

Vice-President Dick Cheney, yesterday, asserted that Mr Blair's announcement was proof that "in parts of Iraq... things are going well". As for US troops, they would complete their mission "with honor". So it seems that we have entered the honor phase.

Honor is a big word. It is loaded. We have Honor Guards, Legions of Honor, Roles of Honor and The Congressional Medal of Honor.

Sorry, but when I hear politicians leaning on honor, I get suspicious. I hear the final argument and justification for something that went wrong. I like the word and the concept, but it is also terribly misused.

Honor is a very big deal in the Middle East. Honor killings were quite the rage for awhile there but have since moved from the headlines. It usually involves some form of an assault or murder on someone for something where the attacker has been "dishonored" by the victim.

Maybe Shakespeare's "Julius Caesar" jaded me on how easily the word "honor" can be used for a cynical purpose:

Anthony speaking, after the assassination of Caesar, by amongst others, Brutus:

Friends, Romans, countrymen, lend me your ears!
I come to bury Caesar, not to praise him.
The evil that men do lives after them,
The good is oft interred with their bones;
So let it be with Caesar. The noble Brutus
Hath told you Caesar was ambitious;
If it were so, it was a grievous fault,
And grievously hath Caesar answer'd it.
Here, under leave of Brutus and the rest-
For Brutus is an honorable man;
So are they all, all honorable men-
Come I to speak in Caesar's funeral.
He was my friend, faithful and just to me;
But Brutus says he was ambitious,
And Brutus is an honorable man.
He hath brought many captives home to Rome,
Whose ransoms did the general coffers fill.
Did this in Caesar seem ambitious?
When that the poor have cried, Caesar hath wept;
Ambition should be made of sterner stuff:
Yet Brutus says he was ambitious,
And Brutus is an honorable man.
You all did see that on the Lupercal
I thrice presented him a kingly crown,
Which he did thrice refuse. Was this ambition?
Yet Brutus says he was ambitious,
And sure he is an honorable man.
I speak not to disprove what Brutus spoke,
But here I am to speak what I do know.
You all did love him once, not without cause;
What cause withholds you then to mourn for him?
O judgement, thou art fled to brutish beasts,
And men have lost their reason. Bear with me;
My heart is in the coffin there with Caesar,
And I must pause till it come back to me. (from Julius Caesar 3/2)