Can European diplomacy provide a solution to return Iraq to tranquility? 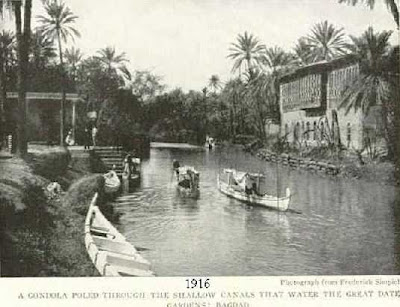 Like it or not, the writing on the wall indicates much against a military solution for Iraq. The announcement of the English and Danes withdrawal, while not significant in numbers, will only encourage continued and growing US domestic opposition to a military solution to the war.

If a diplomatic solution is attainable it is better to seek it now, before the support level in the US passes an irreversible tipping point.

More importantly, if diplomacy will fail, it is better it fail now. That would at least make it obvious that a military withdrawal cannot be considered. DW looks at a possible European role.


Can Europe do more to help rebuild Iraq?

German President Horst Köhler has called on European nations to take more action to help stabilize Iraq. But what sort of options can Europe offer to constructively support the country's future?

German President Horst Köhler has called on European nations to take more action to help stabilize Iraq. Experts say any additional efforts will only be successful if countries cooperate with the United States.

Europe needs to strengthen the dialogue with the United States on the future of Iraq, according to German President Horst Köhler.

"The war has led to a disaster, but we can't sit back and say it's a problem for the Americans," Köhler said in an interview with German newspaper Frankfurter Rundschau. "That would be dumb, short-sighted and arrogant."

Experts said sending more troops wouldn't help the Iraqi security situation
The failure of US troops in Iraq has proven that Europe can rule out helping with military manpower.

"That is absolutely impossible," said Markus Kaim, European and Atlantic security expert at the German Institute for International and Security Affairs in Berlin. "The key issue is reinstalling Iraq's statehood, as government authority has no meaning in wide parts of the country."