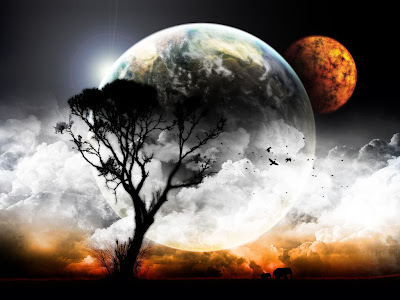 Origin – The Scorpion, is the slayer of Orion, The Hunter. Orion bragged to the gods that he could destroy any creature on earth. To punish his hubris, Artemis summoned Scorpio from the underworld and had him kill Orion.

[Before the 12 month calendar was invented, Virgo, Libra, and Scorpio were all viewed as one sign. Later when they were divided, they came to represent part of the creation myth. Leo was considered Adam, Virgo Eve, and Libra the ‘Tree of Knowledge of Good and Evil’. Scorpio was the serpent and represented rebirth, both physical and spiritual. Likewise, in the Tarot, the card representing Scorpio is Death. Again, this card ruled by Pluto represents pending change and regeneration.]

Scorpio Quote (Male) – John Adams: “Remember, democracy never lasts long. It soon wastes, exhausts, and murders itself. There never was a democracy yet that did not commit suicide.”

Scorpio Quote (Male) – Dennis Miller: “What's so touching is the way we fight the war right until the moment our business is taken care of and then we turn on a dime and we immediately start taking care of people. It's like a shock and aw shucks campaign.”

Scorpio Quote (Male) – Erwin Rommel: “Don't fight a battle if you don't gain anything by winning.”

Scorpio Quote (Male) – Charles DeGaulle: “Treaties, you see, are like girls and roses: they last while they last.”

Scorpio Quote (Male) – Rodney Dangerfield: “If it wasn't for pick-pockets I'd have no sex life at all.”

Scorpio Quote (Female) – Indira Gandhi: “My grandfather once told me that there were two kinds of people: those who do the work and those who take the credit. He told me to try to be in the first group; there was much less competition.”

Scorpio Quote (Female) – Dana Plato: “Nobody knows what a woman feels or experiences but another woman. We are the nurturers and there are times when we need to be nurtured.”

Scorpio Quote (Female) – Margaret Mitchell: “Until you've lost your reputation, you never realize what a burden it was.” 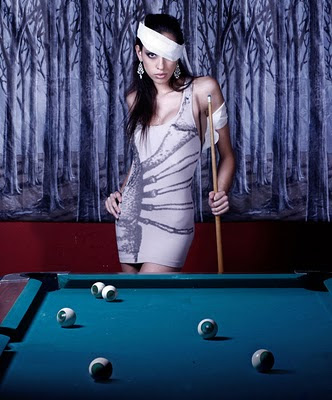 Many consider Scorpio to be the absolute best sign of the Zodiac. Admittedly, most of those people are Scorpios themselves; however, Scorpio is undoubtedly one of the most popular signs of the Zodiac. Unscientific studies indicate that a full one-twelve of the entire Zodiac consists of Scorpios. The Most Interesting Man in the World is a Scorpio.

When the Scorpio is good he is very, very good; but when he is bad, he is horrid.

Scorpios are typically conservative some would even say old-fashioned in their views. However, they are not middle-of-the-road types and are rarely open to compromise. They usually have strong opinions that are unlikely to change and are often subject to rapid mood swings. This can often get them in trouble. They are curious and anxious to learn everything they can about others. They can be good leaders but prefer to quietly manipulate events from in the background. They are highly intuitive and are drawn to the arcane and psychic. They are intense. They are hard-workers and rarely give up once they have set themselves a task. They are intelligent. They can use the word ‘want’ as both a noun and a verb in the same sentence. They know how to divide by zero and most understand the ending of 2001: A Space Odyssey.

On the other hand, they worry about being humiliated or being made to look foolish so they limit themselves to those tasks they know they can accomplish and excel at. They are suspicious and are constantly looking for hidden motives, flaws, and vulnerabilities in others. They are suspicious of flattery. They refuse to accept superficial arguments and are constantly pressuring to get the full story.

Scorpios are obstinate and stubborn. They are rarely willing to compromise. It is usually their way or the highway. They tend towards jealousy and can be manipulative and vindictive when they feel they have been wronged. They are not prone to forgiving and forgetting and are patient enough to wait to exact revenge. They have to struggle to control their emotions and their tempers.

It is in personal relations where the dual nature of the Scorpio is evident. Scorpios are normally highly committed to their long-term relationships. They are loyal and devoted mates. On the other hand, they can be flirtatious. This tendency is driven by ego, the desire to manipulate situations, a genuine curiosity about others, and an effort to explore motivations. It is another instance of the Scorpio trying to shake things up. When push comes to shove; however, they are typically committed and loyal to their partners. 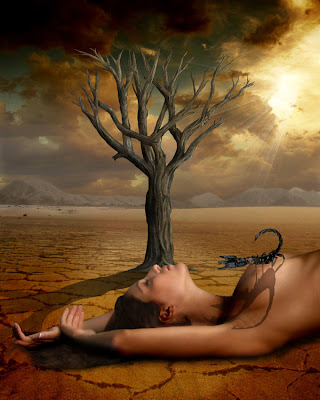 Scorpios have strong sex drives. They are intense and uninhibited. They are also enthusiastic and inventive. The Kama Sutra was ghost-written by a Scorpio. It was also a Scorpio who first introduced the radical concept that sordid, distasteful, and abusive sexual relations did not necessarily have to involve other people. They are patient lovers. They don’t mind letting their lovers continue to talk after sex even when the toll charges really start adding up. Scorpios are disgusted by the shallowness and lies that surround them; however, their manipulative nature also recognizes that this actually helps them in getting a little now and then.

This year is expected to offer a mixed bag for the typical Scorpio.

• You will continue to receive those midnight phone calls from that ranch-hand up around Coeur d’Alene warning you to quit coming around sniffing after his woman.

• Your addiction to Mezcal grubs will result in a near-death experience that will completely change your outlook on life. You will immediately become heavily involved with sex, drugs, and rock n’ roll as well as the occasional round of autoerotic asphyxiation.

• Within a few months, the attorney for the City of Moscow will be bringing a lawsuit against you for felony misnaming of side streets in a proposed development. Various Indian tribes will join the lawsuit alleging discrimination in that the spelling of the names requires a Japanese dialect in order to pronounce them. The city attorney will be relentless and convincing in exposing your crimes; however, you will take a certain wry satisfaction in the fact that at certain times during the trial you are able to see right down her blouse.

• Most economist and pundits know that the recent economic downturn was caused by a low savings rate, a housing bubble, overextended credit, excess risk taken by the banks, poor government oversight, and obscure and opaque derivatives packages; however, in spite of that, they still can’t shake the gut feeling that you are somehow to blame for the whole damn mess even though you are now living in Australia.

• Later this year, you will laugh at the lachrymation of the Moscow city lawyer as she laments the loss of her lousy and libelous lawsuit. But don’t lambaste or lampoon her as that would be a little too much alliteration.

Appropriate Scorpio Pets – Appropriate pets for Scorpios would include wolves, spiders, moray eels, and owls. Bats and badgers would also be acceptable.

Other Services
We are approaching Halloween, one of the key merchandising periods for Souls-R-Us; and this year our staff has come up with more specials designed to make this year’s holiday season one you will long remember.
.

[Note: Our planned “Bookum Danno” tour of Hawaii Five-O crime scenes has been cancelled due to legal and commercial issues with CBS. Instead we have arranged an exciting new tour through our affiliation with the SYFY Channel.]

Folks, how would you like to be the next Jason Hawes or Grant Wilson hosting your own episode of Ghost Hunters? Or perhaps you’d rather be a tech like Steve Gonsalves or Dave Tango, kicking ghost ass and taking names. The choice is yours when you sign up for our new one nightGhost Hunters A’ Go Go tour scheduled for October 30, Halloween, 2010.

Do you want to be the guy that says “Hey, we were able to de-bunk the reason for your people getting sick in the basement. It was just electrical leakage from an unshielded electrical box in the basement, a pretty common occurrence.’’ Or better yet, “Geez-o Pete, we can’t say definitely but from all the evidence we have gathered if someone were to ask me if this place was haunted based on all my years of experience investigating similar sites I would have to say that I’m pretty convinced that there is a distinct possibility that this place is haunted or that at least there is some kind of something here that is unusual.”

Of course you would!

• One night stay in the infamous and deadly Rococco House of Horrors located in the beautiful Cedar Point Amusement Park in Cedar Point, Ohio on the shores of mighty Lake Erie. (The TAPS team has never visited this sight before.)

As a special inducement for early signers on the Ghost Hunters A’ Go Go tour, Souls R Us in conjunction withRoto Rooter International will award the first 25 people who call in to sign up for the tour with a free ‘state-of-the-art’ video inspection of the main drain lines at their primary residence. This service is entirely free and you will be allowed to keep the VHS tape of the inspection. (There is no obligation to purchase any further services.)

[As always, discounts on our full range of services are available to the Rosicrucian Brotherhood (secret handshake required)]