Bank of Japan Throws in the Towel 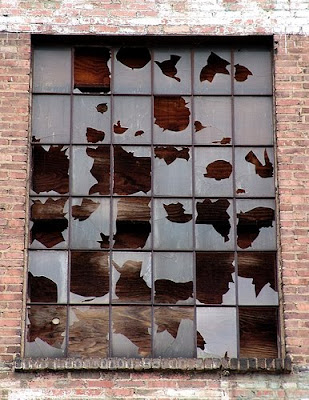 Zero percent interest rates and huge governmental deficits have not helped in Japan. Why do we expect they will work in the United States?

Japan's fall also followed a huge property bubble. Real wages in Japan have been falling for twelve years. These trends hit the middle class the hardest. The middle class is the bedrock of any society. What is the lesson for the US?

US federal deficit spending was aided and abetted by the pernicious additional affect of allowing and encouraging Japan and China to buy US sovereign debt. Stopping that practice is a necessary step in any serious effort at stopping the slide.

TOKYO — In a surprise move, Japan’s central bank lowered its benchmark interest rate to a range of 0 percent to 0.1 percent Tuesday, a tiny change from its previous target of 0.1 percent but a significant move back into an age of zero-interest rates.

The Bank of Japan also said it would set up a new ¥5 trillion, or $60 billion, fund to buy Japanese government bonds, commercial paper and other asset-backed securities amid concerns over weakening growth in the world’s third-largest economy. The bank also kept its credit facility for banks at ¥30 trillion.

With the interest rate cut, a bid to kick-start lending in Japan’s moribund economy, the central bank effectively reintroduces a zero interest rate policy for the first time since July 2006. The decision underscores concerns that a strong yen and persistent deflation threaten the country’s economic recovery.

In a statement, the bank confirmed that it would maintain its “virtually zero interest rate policy” until it achieved “medium- to long-term price stability”— or an end to deflation.

Hirokata Kusaba, senior economist at the Tokyo-based Mizuho Research Institute, said in a note to clients that the bank’s move went beyond market expectations. “The latest move gives off a much more powerful impression than past, incremental measures, which had sparked market disillusionment,” Mr. Kusaba said.

“Though there will be debate over the effects of the monetary loosening, I believe the Bank of Japan has done all it can at this time,” Mr. Kusaba said. But that also meant that the bank “had now depleted most of its policy options,” he said.

The dollar rose against the yen on the announcement, climbing 0.7 percent on the day to ¥83.90 from about ¥83.55 before the decision.

“The central outlook for the economy, and prices, have worsened more than had initially been predicted,” Bank of Japan Gov. Masaaki Shirakawa told reporters following the decision. Working out a package of policies, Mr. Shirakawa said, would allow the bank to draw out their maximum effects. He said he would consider expanding the 5 trillion yen asset-buying scheme, depending on its effectiveness.

The unanimous vote to lower the key interest rate came after a two-day meeting of the central bank’s nine-member policy board. The Bank of Japan had been under increasing pressure from the government to take more drastic steps to shore up the economy.

In particular, Prime Minister Naoto Kan has called on the bank to do more to help battle the powerful yen, which has surged to 15-year highs against the U.S. dollar in recent months, wreaking havoc with the country’s export-led economy.

A strong yen hurts Japanese exporters by making their goods more expensive overseas, and eroding the value of their earnings. Despite the weaknesses in Japan’s economy, the yen tends to strengthen against other currencies in times of global financial uncertainty, partly because the country still runs a current-account surplus, making a run on the yen unlikely.

That gives investors more incentive to sell the yen to invest in higher-yielding currencies, weakening the yen. More purchases by the central bank of government bonds and other assets have a similar effect.

After weeks of talking down the yen in what economists called “verbal intervention,” the government finally intervened in currency markets on Sept. 15, the first such maneuver in six years, selling about ¥2.125 trillion to tame the yen’s persistent climb. But a lack of international support has undermined Japan’s efforts, and the yen is back to levels seen before the intervention. Meanwhile, some investors have warned that other Asian countries could also try to weaken their currencies as a means to boost exports, sparking a “currency war.”

With intervention yielding little effect, many within the Japanese government have stepped up demands that the Bank of Japan lower rates and buy more government bonds, both steps that would bring downward pressure on the currency. But Gov. Shirakawa had been reluctant for the central bank to play a role in financing Japan’s public debt, fast approaching twice the size of its gross domestic product.

Moreover, future moves by the U.S. Federal Reserve to further ease monetary would again reduce the effective interest rate spread between Japan and the United States, limiting the impact of the Bank of Japan’s actions.

The U.S. Federal Reserve has also kept short-term interest rates near zero since December 2008. In the past week, momentum has build toward resuming large-scale purchases of government debt to help the flagging economic recovery.

Japan’s central bank had also long come under fire for failing to end deflation, the general fall in prices that eats into profits and wages that has weighed heavily on Japan’s economy for the past 12 years.

Core consumer prices, which had shown signs of stabilizing in 2008, have fallen since early 2009. Consumer prices fell by 0.9 percent in the year to August, according to latest numbers from the Organization for Economic Cooperation and Development.

As the American economy also flirts with deflation, some economists have warned of a Japan-style deflationary trap that could delay recovery for years.

Indeed, Japan’s experience shows that deflation can creep up on an economy — and can be difficult to shake.

It took about four years for Japan’s economy to hit rock bottom following its spectacular asset bubble burst in 1990, and another four for deflation to take hold in 1998. The following year, the Bank of Japan responded by lowering its policy interest rate to zero; by that time, however, the country’s economy was so depressed that even zero interest rates could not bring about recovery.

Critically, it was not until another five years later, in 2003, that the central bank sharply increased its purchases of financial assets to expand the money supply, setting the stage for a gradual recovery. Despite stable economic growth of about 2.5 percent between 2004-2007, however, deflation did not disappear completely.

Still, emboldened by a nascent recovery, the Bank of Japan raised its lending rate in July 2006, bringing it to 0.5 percent the following March — a controversial step some economists, as well as politicians, called premature.

Before that debate had fully played out, however, the global economic crisis ravaged Japan’s export markets, plunging the country into its worst recession yet since World War II. In December 2008, the Bank of Japan slashed interest rates to 0.1 percent.

The Bank of Japan’s perceived ineffectiveness has sparked a debate over its independence from the government in decision-making, guaranteed by a 1998 law that protects the bank’s governor from dismissal by the government, and prohibits the government from supervising the bank’s operations.

The law was put in place after criticism that the bank, overly influenced by government euphoria in Japan’s booming eighties, did not raise interest rates quickly enough, letting the asset bubble grow to massive proportions before it burst in 1990.

Your Party, an opposition group, plans to soon submit a bill to Japan’s parliament that would give the government greater influence over the central bank. Officials within the government have made similar suggestions.