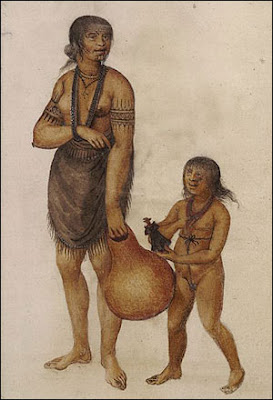 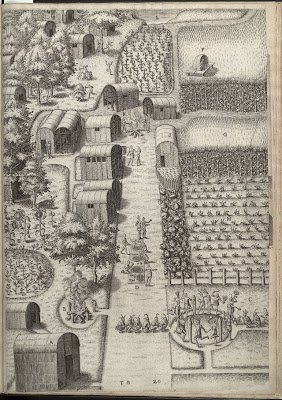 BIG BAY, Mich. — Two experts on ancient America may have solved not only the mysterious disappearance of Norse from the Western Settlement of Greenland in the 1300s, but also are deciphering Delaware (Lenape) Indian history, which they’re finding is written in the Old Norse language.

The history tells how some of the Delaware’s ancestors migrated west to America across a frozen sea and intermarried with the Delaware and other Algonquin Indians.
Myron Paine, 72, and Frode Th. Omdahl, 51, met on the Internet six years ago when they were each looking for a rare book, “The Viking and the Red Man,” written by the late Reider T. Sherwin. Together they found copies of all eight volumes with the same name, published mostly in the 1940s.

Using Sherwin as a reference, they found that much of the Algonquin language consists of Old Norse, including Old Norse root words often strung together to make new words that were adopted by Algonquin speakers.

Paine and Omdahl were featured speakers on “Norse Tracks in America” at the first Ancient American Artifact Preservation Foundation annual conference in Big Bay, Mich. in 2005. Paine spoke again at the ’06 conference. 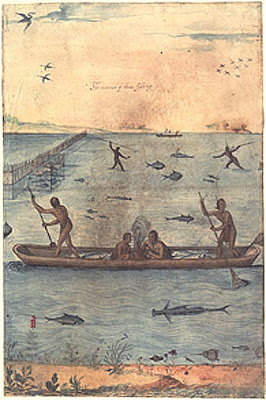 Paine is a lifelong student of history who has a doctorate in agriculture engineering. He taught in two universities, and served as a state and regional Extension engineer covering 10 Great Plains states.

He later worked as an electrical engineer for three aviation companies, a career that included being a primary writer of test reports for the certification of the Cessna 208 aircraft, the Caravan. He grew up as a farm boy in South Dakota, where the “white faces among the Mandan Indians” intrigued him.

Omdahl is a native of Stavanger, Norway who now lives in Asker in the same country. He is educated in journalism, graphic design and marketing communications. A lifelong student of history and an eager genealogist, Omdahl got interested in Norwegian emigration to America.

Researching his family history, he also caught interest in “the first wave” of Norwegian emigrants to America, 800 years before the next “wave.”
That the Algonquin Indian languages have many words identical to Old Norse is not a new discovery, as evidenced in books other than Sherwin’s, but the application Paine and Omdahl are using is new. The two are using Sherwin’s eight volumes to decipher the Lenape’s ancient picture stick writing, the Walam Olum. For each picture stick, Lenape historians recited or sang a verse.

“The memory verses of the Walam Olum were created by people speaking Old Norse,” Paine said. “The Walam Olum is a 600-year-old American history composed of pictographs and memory verses. The history tells of fighting the mound builders, Iroquois, and of the arrival of white men.

“Our efforts to decipher the Walam Olum have found a striking correlation of the Walam Olum words to Old Norse phrases,” Paine said. “This relationship strongly supports the hypothesis that Old Norse speakers visited eastern ancient North America and left very tangible evidence of their presence.”

“The Algonquin language is Old Norse,” Sherwin wrote in the preface of his Vol. 4. Sherwin, a native of Norway before he moved to the U.S., began comparing the languages because he heard a New England place name before he saw it in print, and was told it was of American Indian origin.

Sherwin disputed this because he recognized the word as one he had long known — and the meaning was the same. Finding a New England map, Sherwin, familiar with dialectical Norwegian, which is much closer to the Old Norse language than literary Norwegian, immediately recognized dozens of place names as Old Norse. They had the same meanings in both Algonquin and Old Norse.

Michigan and Milwaukee are two examples from his books. Those are names said to be Algonquin, with Michigan meaning “middle sea basin” and Milwaukee meaning “good, beautiful land.”

Milwaukee, in Old Norse, is “milde aak(r)e,” meaning “the pleasant land” — an almost perfect match for the pronunciation and meaning in Algonquin, Sherwin said.
Omdahl points out that in old Norwegian languages and dialects, “‘aa’ is pronounced as something between the ‘a’ in ‘war’ and the ‘o’ in ‘horse.’”

“Today it is one of the typical Scandinavian letters — an ‘a’ with a tiny ring over it,” Omdahl said.

“Sherwin’s books have been overlooked because of World War II and because the last six of Sherwin’s books were self published, so only a few books went into libraries,” Paine said. “An original catalog error shelved the books in the rarely used dictionary section of libraries instead of in the linguistic section where they belong.”

“After 16 generations of memorization, the consistency of the recorded sounds is remarkable,” Paine said. “This provides strong evidence that the Walam Olum is an authentic historical document that was first created by people who spoke Old Norse — or a language strongly influenced by Old Norse.

“The last seven verses in chapter 3 of the Walam Olum describe the Norse people of Greenland walking to America on the ice,” Paine said.

The verses describe a mass of people walking to the west to a better land, across the “slippery water, the stone hard water.” The migration corresponds with the “Little Ice Age.”

“I invite everyone to view the evidence online at www.frozentrail.org,” Paine said.
Respected author Ida Jane Gallagher of Mount Pleasant, S.C., who spent 28 years working beside authoritative professionals researching ancient America — with much of that work in New England — also compares Sherwin’s Algonquian and Old Norse words and confirms Norse migrations in her book, “Contact With Ancient America,” co-authored with Warren D. Dexter andpublished in 2004.