An online video of two Boy Scouts of America leaders knocking over a 170m-year-old rock formation in a Utah state park has touched off worldwide outrage, state officials said on Friday, and the two men may face charges.
The video was posted on YouTube showing scout leader Glenn Taylor dislodging the massive rock free from its tiny perch in Goblin Valley state park as Dave Hall films him while singing and laughing. 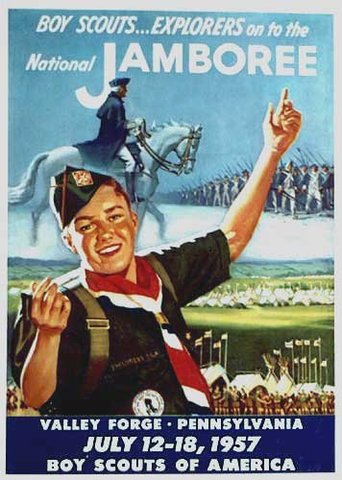 "We, we have now modified Goblin Valley!" Hall shouts into the camera. "A new Goblin Valley exists with this boulder down here at the bottom!"
The rock formation, known as a "goblin," dates to the late Jurassic era and is one of many that give the desert park a surreal appearance that draws visitors from around the world.
The video has been viewed more than 2m times since it was uploaded to YouTube by the Salt Lake Tribune newspaper on Thursday. The Utah state parks director, Fred Hayes, said his office had been inundated with angry calls and emails.
"Literally from around the world," Hayes said. "Folks who have either been there [to Goblin Valley state park] or even just seen pictures of it. The South-western desert has a lot of appeal for a lot of people and they are just outraged."
Hayes said authorities first became aware of the video when a visitor posted a link to it on the state parks website, asking if such activity was legal. Prosecutors in Emery County will determine if charges would be filed, he said.

The two scout leaders told the Deseret News they toppled the boulder because they thought it posed a danger to children who might be walking by – an explanation that the state parks director greeted with some scepticism.
"Neither one of us were out there intending to do illegal activity," Hall said. "It just made sense to us at the time – remove the danger so that we don't have to hear about somebody dying."
Hayes said park rangers walked through the valley daily and had never considered the boulder to be a danger, noting that it took considerable effort for Taylor to shove it over.
"That's a real leap in logic for me to get there, based on what I see in the video," he said. "I can't get inside their head but that's not the way it looks to me."
A Boy Scouts of America spokesman said the organisation was reviewing the matter and would take appropriate action.
"We are shocked and disappointed by this reprehensible behavior. For more than a century, the Boy Scouts of America has been a leader in conservation – from stewardship to sustainability," Boy Scouts spokesman Deron Smith said.
"The isolated actions of these individuals are absolutely counter to our beliefs and what we teach," he said.
Posted by Deuce ☂ at 10/19/2013 07:28:00 AM