Do any of these people EVER get a real job? 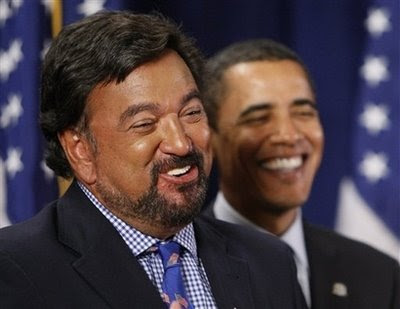 New Mexico Gov. Bill Richardson was a candidate for the Democratic presidential nomination this year.

The former Democratic presidential candidate's name has been bandied about as the next head of Commerce.

Obama spoke with Richardson about the position November 14, a senior Democratic source said. The source said Richardson has always been on Obama's list of possibilities for the key Cabinet position.

Richardson, 61, also traveled to Chicago, Illinois, in November to meet with Obama, according to a source.

"He brings to this plate, in particular in an era where the economy is the focus of attention, a lot of skills that could be put to use -- perhaps opening up marketplaces for U.S. products abroad," CNN senior political correspondent Candy Crowley said.

"In New Mexico, he sought to bring in new businesses and to create jobs ... so the Obama team considers this part of the economic team."