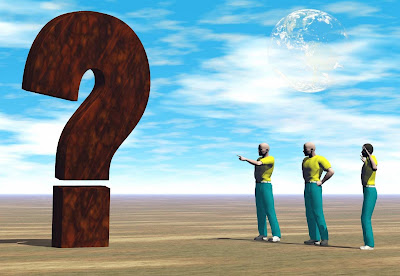 The Situational Leadership method from Kenneth Blanchard and Paul Hersey holds that managers must use different leadership styles depending on the situation. The model allows you to analyze the needs of the situation you're in, and then use the most appropriate leadership style. Depending on employees'competences in their task areas and commitment to their tasks, your leadership style should vary from one person to another. You may even lead the same person one way sometimes, and another way at other times.

Power not only corrupts, it can educate. It can turn an attractive young politician given to empty slogans (Hope! Change! Audacity!) into a responsible leader wary of rash action. It's easy enough to second-guess those in power; any newspaper columnist can do it. I know. It's another thing to have to go beyond the catch phrases of a campaign and -- Good Lord! -- actually have to assume high office. And take responsibility for fateful decisions.

There will always be those eager to exercise power. They're the ones most likely to abuse it. But there are also those who, once they feel the weight of responsibility gathering about their shoulders, rise above their campaign promises. Reality begins to set in, and they begin to recognize it. The closer they come to power, the more prudent they grow. Another word for this process is maturity.

Which kind of politician is the next president of the United States? Barack Obama's fast-evolving course on the war in Iraq, and how to manage what begins to look like an American victory there, affords hope.

Consider the progress he's made: Mr. Obama began his two-year campaign for the presidency by saying he would end this war now! Later it would be within a definite time: 16 months.

As late as last July, laying out his policy for Iraq, he still sounded like a candidate who would act first and consider the consequences later. "I intend to end this war," he assured his followers. "My first day in office, I will bring the Joint Chiefs of Staff in and I will give them a new mission, and that is to end this war - responsibly, deliberately, but decisively."

The same month, holding a news conference in Jordan, he had to acknowledge that the surge he'd opposed had made Iraq far more secure than he'd imagined it could, but he was still adamant about getting American troops out of Iraq forthwith, saying he'd overrule American commanders if necessary to meet his arbitrary deadline.

He didn't sound like someone who would choose the current administration's secretary of defense as his own. Or pick a tough-minded, strictly business Marine general (and an old friend of John McCain's) as his national security adviser.

Now president-elect, Barack Obama has done both. Reality dawns, and he's proceeded to recognize it by recasting his earlier, incautious remarks. Announcing Cabinet appointments, including still-Secretary of Defense Robert Gates, he explained: "I said that I would remove our combat troops from Iraq in 16 months, with the understanding that it might be necessary - likely to be necessary - to maintain a residual force to provide training, logistical support, to protect our civilians in Iraq."

The muted reservations he once attached to his demands for a prompt withdrawal of American troops from Iraq now have replaced the withdrawal itself as a goal.

Barack Obama still cannot bring himself to utter the word victory in connection with Iraq, but he's at least backed away from his promises of what would have been a defeat. To quote the country's once and future secretary of defense, Robert Gates, "Nobody wants to put at risk the gains that have been achieved, with so much sacrifice, on the part of our soldiers and the Iraqis. ..."

So far the antiwar crowd, from MoveOn.org to the Impeach Bush crowd, hasn't seemed to much notice, let alone object, to Mr. Obama's slow but steady change of course. Or perhaps, in the presence of an undeniable if unheralded success for American arms, even the angry left has come to recognize that defeat in Iraq may now be a lost cause.

As Barack Obama grows more realistic, the continuity of American foreign policy seems more assured each passing day. There's nothing like power to breed responsibility. And the closer Barack Obama gets to becoming president - and commander in chief - the more responsible he sounds. When it comes to Iraq, the next president of the United States is starting to sound remarkably like ... the current one.