Past Time to Rethink Transportation and Fuel 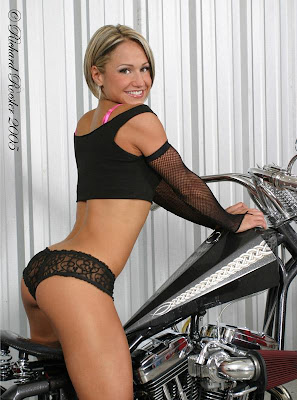 Alternative Transportation Need Not Be all That Bad
Car sales last year were up 60 percent in Russia, up 30 percent in Brazil and up 20 percent in China. Imagine India with $2500 cars. Friends, the era of getting 300 miles on a twenty gallon gas tank is rapidly coming to an end. Electricity, propane, hydrogen or perhaps a motorbike are in the future. What is clear is that the existing automobile fleet is going to be replaced sooner than you think. Ford (F) closing at $7.50 may be the buy of a lifetime.

U.S.: biodiesel usage to increse to 1 billion gallons per year by 2012.

The price of oil is likely to hit 150 dollars (Canadian, US) a barrel by 2010 and soar to 225 dollars a barrel by 2012 as supply becomes increasingly tight, a Canadian bank said Thursday.

The CIBC report says the International Energy Agency's current oil production estimates overstate supply by about nine percent, since it wrongly counts natural gas liquids -- which are not viable for transportation fuel -- in its numbers.

Analyst Jeff Rubin in his report noted accelerating depletion rates in many of the world's largest and most mature oil fields. He estimates oil production will hardly grow at all, with average daily production between now and 2012 rising by barely a million barrels per day.

"Whether we have already seen the peak in world oil production remains to be seen, but it is increasingly clear that the outlook for oil supply signals a period of unprecedented scarcity," said Rubin.

"Despite the recent record jump in oil prices, oil prices will continue to rise steadily over the next five years, almost doubling from current levels."

The CIBC report also notes that while production increases are at a virtual standstill, global demand continues to grow.

An expected drop in demand in the United States due to higher prices and a weak economy will be more than offset by demand growth in developing nations, it says.

Rubin cites, for example, the recent launch of Tata's 2,500-dollar car that will allow millions of households in India to soon own automobiles.

Transport fuel now accounts for half of the world's oil usage.

Although US oil consumption is likely to fall by over two million barrels a day over the next five years as pump prices rise, he says, more drivers on the road in Russia, China and India will surely pick up the slack in demand.