Prince Barack Decides to be King and Banishes Rev Falstaff 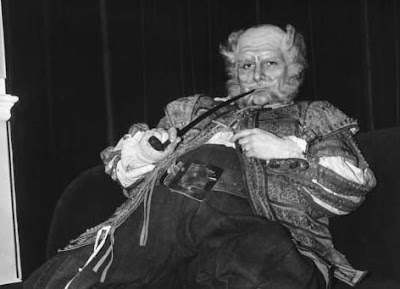 When thou dost hear I am as I have been

Approach me, and thou shalt be as thou wast,

The tutor and feeder of my riots.

(CNN) -- Sen. Barack Obama said he is "outraged" by comments his former minister, the Rev. Jeremiah Wright, made Monday at the National Press Club and "saddened by the spectacle."

Sen. Barack Obama on Tuesday denounced comments made by the Rev. Jeremiah Wright.

"I have been a member of Trinity Church since 1992. I have known Rev. Wright for almost 20 years," he said at a news conference in Winston-Salem, North Carolina. "The person I saw yesterday is not the person I met 20 years ago."

Obama said he is outraged by Wright's remarks that seemed to suggest the U.S. government might be responsible for the spread of AIDS in the black community, and his equation of some American wartime efforts with terrorism.

"What particularly angered me was his suggestion somehow that my previous denunciation of his remarks were somehow political posturing," said Obama, who added that Wright had shown "little regard for me" and seemed more concerned with "taking center stage."

Obama said Wright's comments were not only "divisive and destructive," but they also "end up giving comfort to those who prey on hate.