Abu Tahseen, who has practiced his deadly art in five wars, is a member of the Hashd Al-Shaabi, a Shia militia fighting the terror group 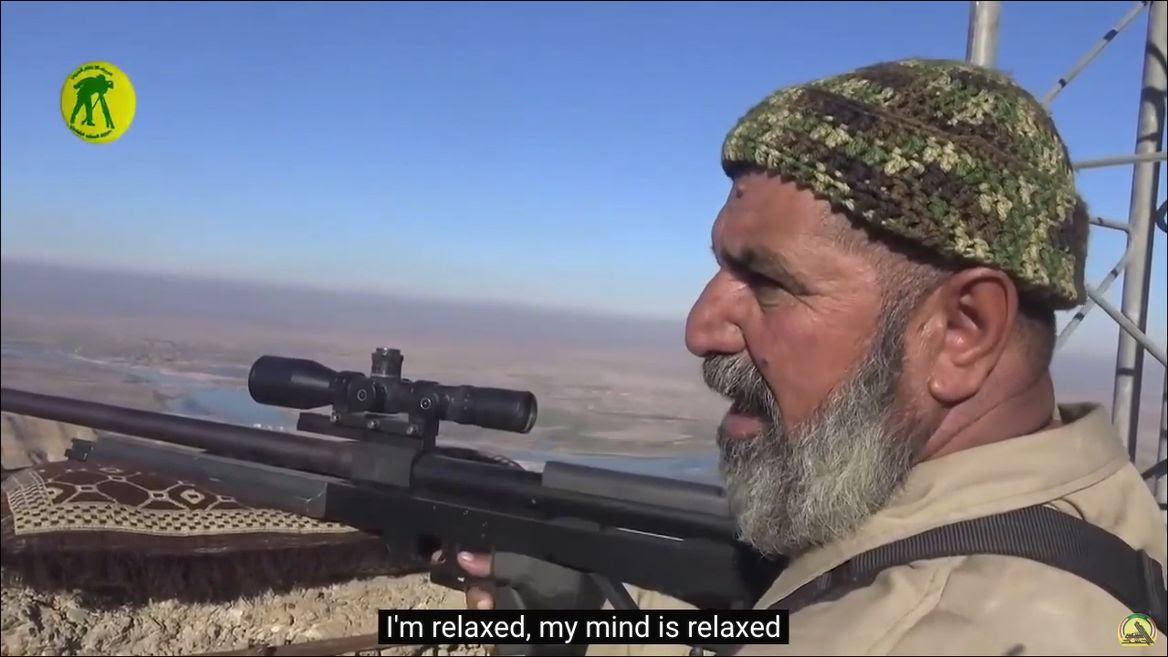 A 62-year-old sniper claims he has taken out 173 ISIS terror thugs in Iraq in less than a year.

Abu Tahseen, who has practiced his deadly art in five wars, is a member of the Hashd Al-Shaabi, a Shia militia fighting the terror group.

He says has shot nearly the Islamic State fighters since May 2015.

In this incredible footage, the elderly killer is seen talking to his spotter as he gazes down the scope of a huge sniper rifle at two of his enemies from a high vantage point.

Suddenly the weapon recoils as he pulls the trigger. He continues to gaze through the scope for several seconds.


Tahseen is currently stationed at Makhoul Mountains in North Baiji.
He previously fought in the Yom Kippur war, Iran-Iraq war, Invasion of Kuwait, the Gulf War and today fights against ISIS.


In the video he also talks about the power of his rifle and how he is calm when he guns down his enemy.

He said: "I swear, I guarantee by God when he falls, this pushes him back a metre before putting him down."


“I’m relaxed, my mind is relaxed," Abu continues. "Last time they gave me a month off and after 12 days I came back."

Many Iraqi veterans chose to fight against ISIS in Syria, but returned to Iraq after the terror group took over Mosul.
Posted by Deuce ☂ at 2/25/2017 08:46:00 AM