Can Poland Save Europe from the German Instigated Disaster of Islam Invasion?

POLAND’S leader Beata Szydlo said the “elites in Brussels” are sending the European Union careering into a crisis as they are “out of touch” with the rest of Europe. 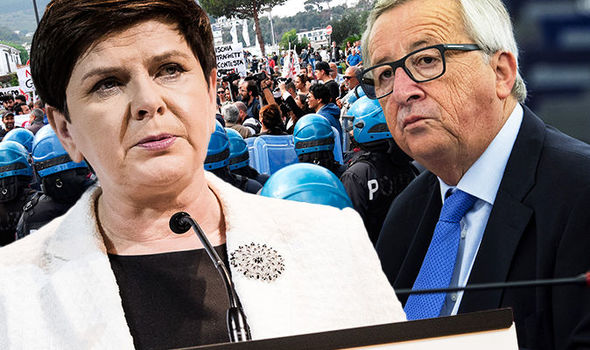 Polish leader Beata Szydlo has warned of a crisis in the EU
Mrs Szydlo’s Law and Justice Party swept into power two years ago with a promise to better represent Polish interests abroad and an increased rebellion against the European Union’s goal of an “ever closer union”.
A series of clashes with Brussels ensures she has been a thorn in the side of the European Union since her election win.
In her latest outburst against the bloc’s rulers, she warned of a growing dissatisfaction across the continent. 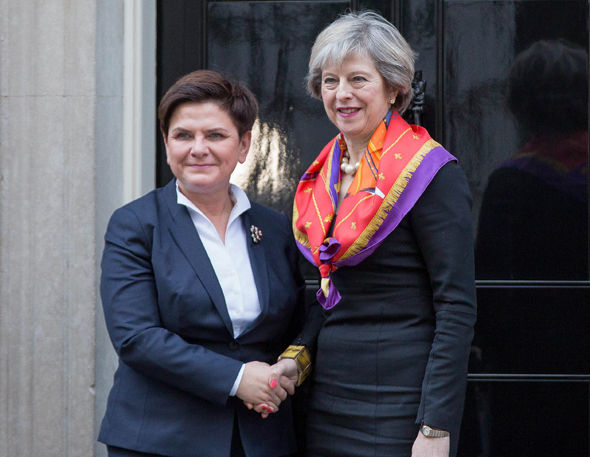 She told the FT: “People in Europe feel more and more that the elites in Brussels are no longer in touch with the problems that they should be concerned about — such as the safety of the citizens of the EU, the labour situation, and increasing employment and improving wages.
“They are more and more focused on the bureaucracy and on the red tape that they have themselves created.
“This leads to crisis and we should discuss these matters, especially now after the UK decided to leave the EU.”
Ms Szydlo, who believes Brexit was in part a backlash against EU heavy-handedness, acknowledged Britain’s departure was a topic of concern for Poland, not least because around a millions of its citizens live there.
She said Poland is keen to avoid a “crisis” in future Brexit negotiations but expresses doubts about whether a breakthrough can be made in the limited time before the December summit. 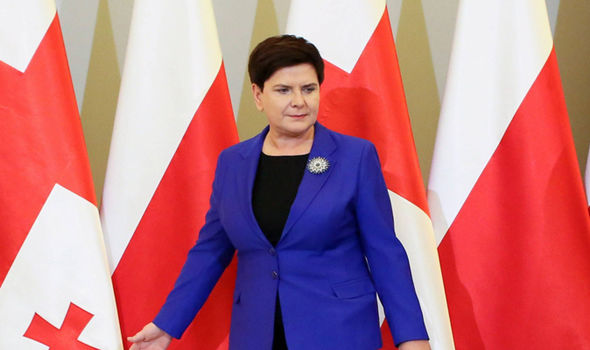 Beata Szydlo said Poland was closely following Brexit progress
She said: “I am afraid there is a certain standstill in the negotiations right now.
“For this reason I believe that reaching a compromise concerning this financial settlement before December will be difficult.
“There are still too many points that are not closed yet.”
Poland has its own issues with the EU and relations between Warsaw and Brussels have become strained over the last two years.
The biggest bone of contention is Mrs Szydlo’s Law and Justice party’s bid to overhaul the judiciary which have been described by European Commission vice-president Frans Timmermans as a “systemic threat to the rule of law”.

She said Poland and other central European countries were “not always assessed objectively” and argued the reforms were based on models from several western European states.
She said: “Mr Timmermans is referring to laws that have not even been adopted yet, so I am afraid that he may be looking at the situation in Poland from the point of view of certain stereotypes which should not be used.
“In my opinion such an approach on the part of important EU officials is one of the factors that contributed to the crisis in the EU and this may be one of the reasons for Brexit.”
Mrs Szydlo said Brussels should instead prioritise the future of the bloc.
She added: “This is what the EU officials should be focusing on rather than looking into the situation in the member states and dealing with issues that fall outside their competences.”
Posted by Deuce ☂ at 11/15/2017 09:03:00 AM