"Our Strength Is In Our Diversity."

Details of more than a dozen British Isis members are among 22,000 recruits reportedly revealed in a cache of leaked documents from the terrorist group’s stringent “entrance interviews”.

Zaman Al Wasl, a pro-opposition Syrian news website, published a selection of the forms online showing a 23-question survey detailing extremists’ names, birth dates, nationalities, hometowns, nationalities and even blood types.
But a total of 22,000 names, addresses, telephone number and family contacts feature in a similar cache of documents, seen by Sky News, described by a former counter terror boss as a “goldmine". 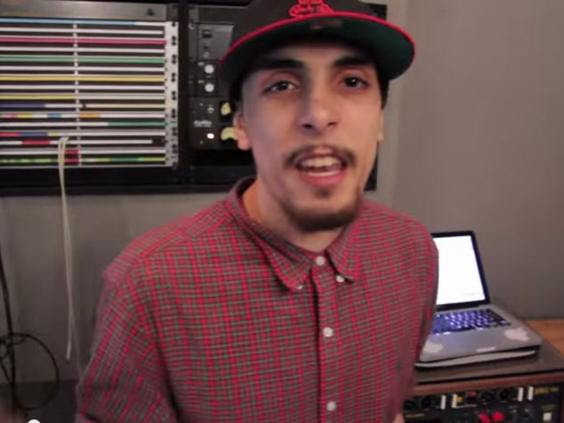 Abdel-Majed Abdel Bary was a rap artist from Maida Vale, west London, before he went to fight in Syria

They include prominent names of figures already known to be members, such as Britons Abdel Bary, Junaid Hussain, Reyaad Khan.

Bary, a former rapper from London, was reported last July to have deserted Isis and be on the run in Turkey. Hussain, from Birmingham, was thought to have been Isis’s head of media before he was killed in a US drone strike in August. Reyaad Khan, from Penarth, near Cardiff, in an Isis recruitment video
Khan, from Cardiff, previously appeared in high-profile Isis propaganda video, but was killed in an RAF-led drone strike.

The forms show prospective members were asked to choose if they wanted to be used as suicide bombers, soldiers or in another role, and to detail any previous “jihadist experience”.


Zaman Al Wasl’s report claimed the personal details of 1,736 fighters from 40 countries had been revealed, showing that a quarter were Saudis and the rest predominantly Tunisian, Moroccan and Egyptian.

The documents, written in Arabic and stamped with logos used by the so-called Islamic State, allegedly contain details of 16 British fighters.

Most of the European extremists listed were from France, followed by Germany and the UK. Four were said to be from the US and six from Canada.

Timothy Holman, who translated part of the cache into English, said the documents were collected at border crossings into Isis territory between November and December 2013.

The authenticity of the forms could not immediately be verified but the Home Office said it was “aware” of the report, while the leak also matched descriptions of material being investigated by security services in Germany. 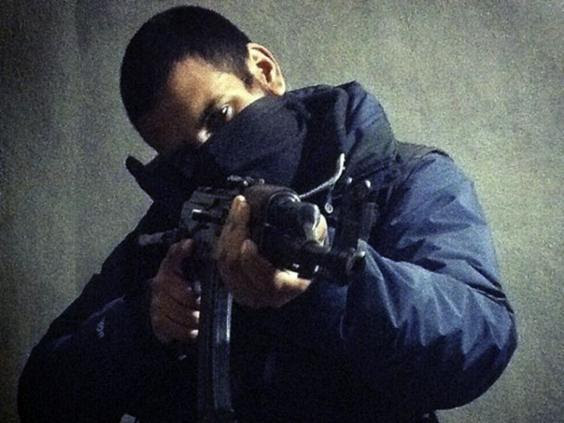 “Any jihadist who crosses the Islamic State's borders for the first time is made to acknowledge to the Borders Administration everything about himself, even what he wants to be in Isis - a fighter or a suicide bomber,” Zaman Al Wasl reported.
The documents were published on Tuesday, a day after reports emerged in Germany that the Bundeskriminalamt (BKA) security service had received more than a thousand Isis documents.

The Süddeutsche Zeitung’s description of the material matched that given by Zaman Al Wasl, detailing 23-question “entrance interviews” from Isis territories in Syria.

Timeline: The emergence of Isis

“We believe it is very likely that these are real documents,” a spokesperson for the BKA told the newspaper.

Prosecutors in the country are reportedly planning to use them as evidence to prosecute any Isis members attempting to return to Germany.

Speaking about Sky News' documents, former global terrorism operations director at MI6 Richard Barrett told the channel: "It will be an absolute goldmine of information of enormous significance and interest to very many people, particularly the security and intelligence services." 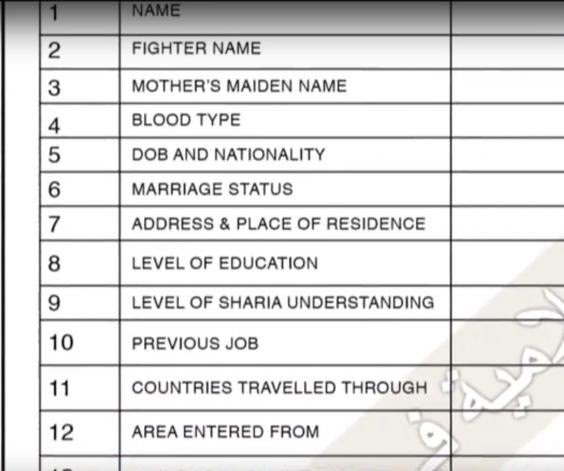 An English translation of the Isis ‘registration form' (Sky News)

A spokesperson for the Home Office told The Independent it was “aware” of the apparent leak but said he could not give any further information for security reasons.

“Individuals who take part in the conflict in Syria or travel to Isis territories are subject to investigation and should expect to be prosecuted on their return,” he added. “Any evidence will be considered.”
At least 700 people from the UK have travelled to support or fight for jihadist groups in Syria and Iraq, according to police, and about half have since returned.
Posted by Deuce ☂ at 3/10/2016 03:25:00 AM