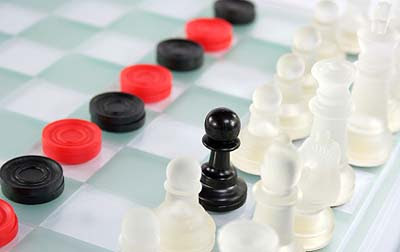 Why has Colin Powell jumped into the Gates controversy? Simple, he sees the damage done by the shrinking stature of the deflating Barack Obama. He is carrying the Obama water in an increasingly leaky bucket. In short the Obama phenomenon is diminishing before our political eyes.

As stated before, the only thing that will save the Obama Presidency is the Republicans.

Just as small men can be great, the important can be small. Barack Obama, who strode the political world last year as a new Colossus, is shrinking before our eyes. His proclamation that the Cambridge, Mass., police “acted stupidly” in arresting his personal friend, Professor Henry Louis Gates, Jr., was one of those “teachable moments” the president is so fond of creating.

I use that term precisely: not in the sense that Obama doesn’t like the power he holds. He, more than any president in memory, takes personal enjoyment from exercising it. His lack of appreciation is a lack of understanding of that power and the limits on how it should be exercised.


Obama’s team orchestrates press conferences at an unprecedented level. They talk to reporters about questions to be asked, prepare Obama for his answers (displayed on a huge off-camera teleprompter behind the reporters where Obama can read from it) and only then does the president face his amen chorus of the media.

In the July 22 presser, Obama was asked about the disorderly conduct arrest of Harvard Professor Gates. Obama said:
Well, I should say at the outset that Skip Gates is a friend, so I may be a little biased here… Now, I don’t know, not having been there and not seeing all the facts, what role race played in that. But I think it’s fair to say, number one, any of us would be pretty angry; number two, that the Cambridge police acted stupidly in arresting somebody when there was already proof that they were in their own home; and, number three, what I think we know separate and apart from this incident is that there’s a long history in this country of African-Americans and Latinos being stopped by law enforcement disproportionately. That’s just a fact.

The official police report of the arrest says that Gates was loud, abusive and uncooperative with the investigating officer who was responding to a call about a possible break-in at the house. Gates reportedly shouted continuously at Crowley, accusing him of being a racist and telling him that he had no idea “who he was messing with” and that Crowley “…had not heard the last of it.” Apparently, Obama delivered on that threat. He spoke as if he were Jesse Jackson, not the President of the United States.

The arresting officer, Sgt. James Crowley, has a better and deeper understanding of the office of president than the man who holds it. He told a radio interviewer that Obama, “…was way off base wading into a local issue without knowing all the facts."

The American presidency is a national office, not that of a Chicago ward-heeler. A president’s words carry the weight and power of the nation. His constitutional charter makes him the chief administrator of law and policy as well as commander in chief. His charter does not extend to interfering in matters that are not within that charter.

There is no precedent for Obama’s intervention in the Gates arrest. Presidents do not interfere in law enforcement matters. That Gates is Obama’s friend makes it even worse. It’s perfectly right for a president to express confidence in an embattled cabinet member, though that’s usually done right before the guy resigns. It’s an abuse of power for a president to try to influence a law enforcement matter.

In short, Obama’s intervention was more than inappropriate: it was a wrongful exercise of the power of the office he holds. According to the latest Rasmussen poll, only 26% of Americans approve of the way Obama responded to the question about Gates’ arrest. It was a “teachable moment,” but the president didn’t learn from it.

Two days after the July 22 presser, Obama defended his intervention. He said, “There are some who say that as President I shouldn't have stepped into this at all because it's a local issue. I have to tell you that that part of it I disagree with. The fact that this has become such a big issue I think is indicative of the fact that race is still a troubling aspect of our society. Whether I were black or white, I think that me commenting on this and hopefully contributing to constructive -- as opposed to negative -- understandings about the issue, is part of my portfolio.”

Barack Obama’s political power shrank as he spoke, doubly so as he compounded the offense. Obama is a small man, as deeply shallow as Paris Hilton. But unlike the Euro pop-tart, Obama is shrinking in influence and stature at an accelerating rate.

Obama suffers from many things, not the least of which were the enormous expectations for his success. It’s not that long ago when Newsweek’s Evan Thomas said that he was, “above the country, above the world: he’s a sort of God.” As The Economist points out this week in a column entitled, “The Obama Cult”, at one time people were wearing t-shirts proclaiming Obama as “The One” and “Jesus was a community organizer.”

Underneath the glitter, there is no greatness. Barack Obama is a small man in a large and important job. He and his adulators have created a cult of personality that is already falling apart.

Obama speaks in broad terms, as presidents must, at first, before the details are managed. But Obama’s broad terms -- from the stimulus package to health care to “cap and trade” -- were never articulated, just outsourced to the liberals in Congress who have run riot. Even the House “Blue Dog” Democrats are walking away from the president’s signature initiative on health care.

Negotiations between the Blue Dogs and Energy and Commerce Committee Chairman Henry Waxman (D-Calif.) broke down on Friday with the seven Blue Dog negotiators reportedly storming out of the session saying they’d been “lied to” and that Waxman wasn’t negotiating in good faith.

Ross’s mission is to save the Democrats from Obama. He won’t succeed. The Democrats’ disarray -- in the House as well as in the Senate -- betrays Obama’s diminishing influence. But the hyperliberals such as Waxman and Pelosi won’t moderate the way Congress pursues Obama’s goals because those goals were theirs long before Obama was elected president. And he will sign any health care bill they send to him, no matter how radical or costly.

As Obama shrinks, so does his ability to affect events both domestically and internationally. His agenda -- especially health care nationalization and “cap and tax” -- is in real trouble. And so are our nation and our allies abroad.

On the July 26 edition of “Meet the Press,” Secretary of State Hillary Clinton proclaimed Iran’s pursuit of nuclear weapons “futile” and said to Iran, “…we're going to do everything we can to prevent you from ever getting a nuclear weapon.” Which contradicted directly Obama’s June 4 Cairo speech. In it, he said, “I understand those who protest that some countries have weapons that others do not. No single nation should pick and choose which nation holds nuclear weapons.” Obama green-lighted Iran’s nuclear weapons program, so no one in Iran will -- or should -- take Clinton’s words seriously.

As I write, a parade of top-ranking U.S. officials -- including Middle East Envoy George Mitchell, Defense Secretary Bob Gates and possibly National Security Advisor James Jones -- are flocking to Israel to try heal the breach between us and the Israelis over Obama’s demands to end West Bank Settlements and to stave off an Israeli attack on Iran. They will not succeed because Obama -- in his Cairo speech and in his demands of Israel -- threw away what little leverage he had.

Great presidents are like chess players: they see three or four moves ahead, sacrificing occasionally but moving only to better our nation’s internal strength and position in the world. Barack Obama is playing checkers.