Who will get more from Cap and Trade, Pennsylvania or Costa Rica? 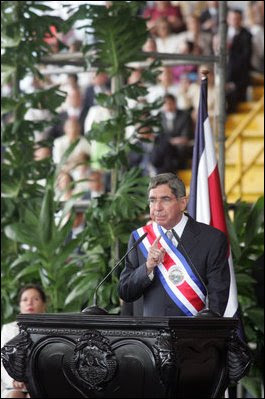 Of the 17.0 million acres of forest land, 93 percent (15.9 million acres) is classified as timberland
(formerly known as commercial forest land). timberland acreage is virtually unchanged since the
1978 inventory.

Seventy-nine percent (12.5 million acres) of the timberland area in Pennsylvania is privately
owned.

There are approximately 24 families that control the land and assets in Cost Rica. Those families are the same that made fortunes de-foresting Cost Rica. They will be the same group to be net recipients of US taxpayer money under cap and trade. The tax payers of Pennsylvania will not.