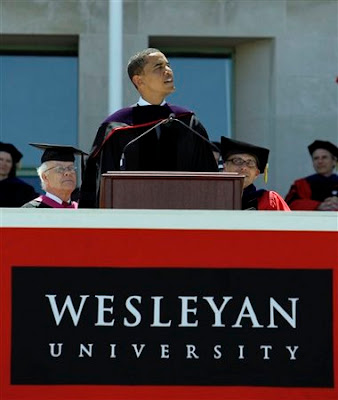 They are collectivists. They offer the down-trodden a redefinition and a new communism of defined entitlement and left wing ideology that takes from those that have and redistribute to those that do not.

Here is what they say they do:

Organizers challenge people to act on behalf of their common interests. Organizers empower people to act by developing shared relationships, understandings, and tasks which enable them to gain new resources, new understanding of their interests, and new capacity to use these resources on behalf of their interests. Organizers work through "dialogues" in relationships, understanding and action carried out as campaigns. They identify, recruit and develop leadership, they build community among that leadership, they build power out of that community.

Organizers deepen understanding by creating opportunities for people to deliberate with one another about their circumstances, to reinterpret these circumstances in ways that open up new possibilities for action, and to develop strategies and tactics that make creative use of the resources and opportunities that their circumstances afford. Organizers motivate people to act by creating experiences to challenge those feelings which inhibit action, such as fear, apathy, self-doubt, inertia and isolation with those feelings that support action such as anger, hope, self-worth, urgency and a sense of community. ...

Organizers work through campaigns. Campaigns are very highly energized, intensely focused, concentrated streams of activity with specific goals and deadlines. People are recruited, battles fought and organizations built through campaigns. Campaigns polarize by bringing out conflicts ordinarily submerged in a way contrary to the interests of the organizing constituency. One critical dilemma is how to depolarize in order to negotiate resolution of these conflicts. Another dilemma is how to balance the work of campaigns with the ongoing work of organizational survival.

Organizers build community by developing leadership. They focus on identifying leaders and enhancing their skills, values and commitments. They also focus on building strong communities: communities through which people can gain new understanding of their interests as well as power to act on them. Organizers work at constructing communities which are bounded yet inclusive, communal yet diverse, soladaristic yet tolerant. They work at developing a relationship between community and leadership based on mutual responsibility and accountability.

"We may disagree as Americans on certain issues and positions, but I believe we can be unified in service to a greater good. I intend to make it a cause of my presidency, and I believe with all my heart that this generation is ready and eager and up to the challenge," Obama told Wesleyan University's Class of 2008.

The Illinois senator peppered his speech with references to the Kennedy legacy: John F. Kennedy urging Americans to ask what they can do for their country, the Peace Corps and Robert Kennedy talking about people creating "ripples of hope."

He devoted special attention and praise to Edward M. Kennedy, the longtime Massachusetts senator who had planned to deliver the graduation address but backed out last week after he was diagnosed with a cancerous brain tumor.

Obama, who leads in the race for the Democratic presidential nomination, said he and Kennedy had talked last week about Obama delivering the speech. Kennedy has endorsed Obama in the nominating contest against fellow Democrat Hillary Rodham Clinton and has campaigned for him.

Obama said Kennedy has helped provide health care to children, given parents leave time to spend with new babies, raised the minimum wage and let people keep health insurance when changing jobs "and I have a feeling that Ted Kennedy is not done just yet."

Kennedy's stepdaughter, Caroline Raclin, is a member of Wesleyan's Class of 2008. Her mother, Kennedy's wife, Vicki, attended the ceremony.

Obama, with a presidential campaign appealing to youth and emphasizing change, often evokes comparisons to the Kennedys, particularly Robert Kennedy and his 1968 bid for the White House.

Clad in a black academic robe, Obama received an honorary doctorate. Some of the graduates had stencils of Obama's face and the word "hope" - a theme of his campaign - on their mortarboards.

Only briefly did Obama veer into campaign territory, rattling off a list of education changes he promised to make as president. The rest of the 25-minute speech urged students to focus on more than "the big house and the nice suits and all the other things that our money culture says you should buy."