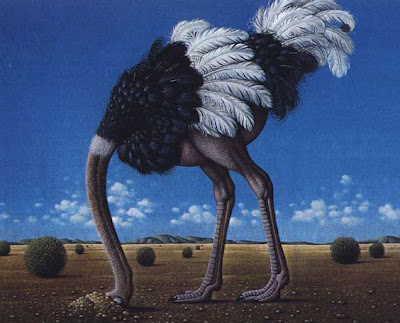 MSM and the Examination of Obama
Remember when the Left and the Democrats were all lathered up by Bush and his geography challenge. In case you forgot, read this from 1999 Slate:

Bush gets an F in foreign affairs
The Texas governor who would be president can't identify the leaders of Chechnya, Pakistan or India. Has he been taking lessons from Dan Quayle?
- - - - - - - - - - - -
By David Corn

Nov. 5, 1999 | WASHINGTON -- Have you ever gone to class unprepared and been surprised by a pop quiz, and then scored only 25 percent? Imagine if that embarrassing performance made the front pages.

When Andy Hiller, the political correspondent for WHDH-TV in Boston, had George W. Bush in front of a camera on Wednesday, he asked the Texas governor if he could name the president of Chechnya. Bush could not. Nor could he name the general who recently took power in Pakistan or the new prime minister of India. Bush only answered one of the four questions correctly when he identified the president of Taiwan as "Lee."

What made the Q&A worse for Bush was that he responded to the questions with petulance. Rather than explaining that he is a big-picture guy and calmly providing a strategic vision of U.S. foreign policy concerning these areas, he shot back at the reporter.

"Can you name the foreign minister of Mexico?" Bush asked, apparently proud that he knew the answer. Hiller reasonably replied that he was not the one running for president.

Bush's session with Hiller reinforced the notion that he is not ready for prime time. He may not even be ready for a debate. And his campaign staff seemed to be in a similar position. When Bush spokeswoman Karen Hughes attempted to defend her boss following the Hiller interview, she said that neither the Bush campaign's senior foreign policy advisor, Josh Bolton, nor foreign policy advisor Joel Shinn could name all four of these world leaders.

Now for a slightly different tone when the report is about the visionary messiah Obama. Keep in mind, Barack is about judgement, change you can believe him. His qualifications obviously do not include history of his own family, of WWII or European geography. Still he is uniquely qualified to redirect US foreign policy, probably based on his community organization skills:

WASHINGTON - Sen. Barack Obama misspoke when he told a group of veterans that his uncle was among the troops who liberated the Auschwitz concentration camp, aides to the Democratic presidential candidate said Tuesday.

In fact, Obama's great-uncle took part in the liberation of one of the concentration camps at Buchenwald, spokesman Bill Burton said.

Obama "mistakenly referred to Auschwitz instead of Buchenwald in telling of his personal experience of a soldier in his family who served heroically," Burton said.

The Illinois senator made the mistake on Memorial Day while speaking to veterans in Las Cruces, N.M.

According to news accounts of Monday's event, Obama told of an uncle who was one of the first American troops to go into Auschwitz and liberate prisoners there. A video posted on YouTube also records the account, in which Obama goes on to say, "The story in our family was that when he came home, he just went up into the attic and he didn't leave the house for six months."