Islamic Men, Restoring Their Honor, by "Honor Killing" Their Woman. 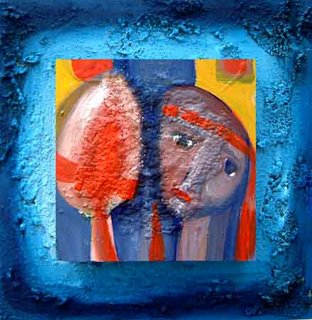 Honor killing? The very sound of it makes me homicidal. The thought of some worthless pathetic runt of a man, having to kill a woman to re-establish his honor, and this is an accepted practice in "The Religion of Peace" is in itself vile.

Veils for woman? Burkhas for woman so that another man cannot see the wife, mother or sister of these wretched Islamic so-called men. The first duty of any man worthy of the name, man, is to protect the weaker and vulnerable members of his family or tribe.

Honor killing? No decent society or religion would tolerate the utterance of the term let alone countenance the very practitioners amongst them.

There is no honor in Islam. The very word pestilence comes to us from the darkest Middle Ages, and Islam is a pestilence inflicted on the world.. We cannot allow this human disgrace to advance further into our societies and must assist any and all who which to roll it back. The perfidy of Western politicians that cannot even utter the truth about the horror of Islam must be exposed, condemmed and rejected. Read this and note, it takes place in the Kurdish areas, which are supposed to be the best of the lot.

23 October 2006 ANKARA - A 15-year-old girl who gave birth to a child which she said resulted from a rape became the latest victim of so-called “honour killings” in Turkey, newspapers said on Monday.The victim, named only as Naile, had apparently not been aware she was pregnant until she started feeling unwell and was admitted to a hospital, where she gave birth to a boy, the reports added.The young girl, from a mainly Kurdish town near Turkey’s eastern border with Iran, was murdered by an elder brother on Saturday, press reports said.She later told her mother that the pregnancy had resulted from a rape. When other members of the family heard the news, the elder brother shot her dead at point-blank range in a street of the town, and then fled.The Vatan newspaper quoted the local public prosecutor as saying that the family were believed to have convened a meeting at which they designated the brother to kill the girl, in order to remove what they saw as a stain on their honour.In recent years the Turkish government has stepped up its efforts to crack down on such crimes, which now carry a life prison sentence. Most “honour killings” in Turkey occur in the mainly Kurdish southeast of the country. Saturday’s incident was in the town of Baskale.