If the allegations are true, then there is effectively a coup d'état already underway by elements of the Intelligence Community trying to take down the Executive Branch 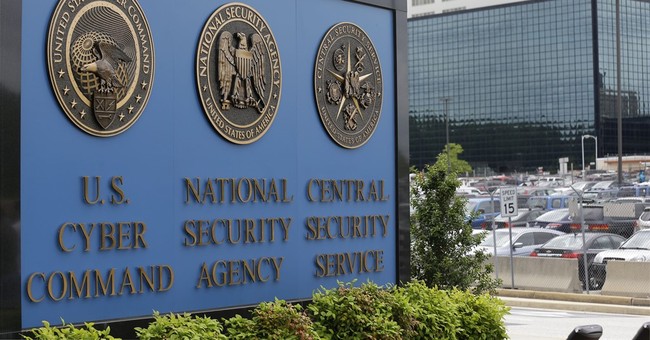 According to Larry Klayman of Freedom Watch, who made
Klayman, who previously founded Judicial Watch, stated that his client, whistleblower Dennis Montgomery, who was an NSA/CIA contractor, has already turned over to the FBI 600 million pages of illegal intercepts of such people as the Chief Justice of the Supreme Court, other SCOTUS justices, over 156 judges, pre-president Donald Trump and prominent people. Unlike Edward Snowden, Montgomery was given immunity from prosecution after he took the files for the purpose of handing them over to the FBI so they could investigate the files' contents.

This writer previously posted that Barack Obama's administration was continuing in the data mining of American citizens to a larger degree than any previous administration.

Klayman stated on the Alan Colmes show that he would not doubt that Barack Obama and David Axelrod are directly tied to the newest round of domestic spying, especially on members of the new Trump administration.

This would mean that the Michael Flynn affair, as suspected by many, is only a singular incident in a much more pervasive scheme, namely members of the Intelligence community being complicit and actively involved in both illegal spying and a directed attempt to subvert the present administration. If what Klayman says is true, then Flynn was not caught in a conversation with the Russians, but he was the target of the intercept when he was speaking with the Russians.

This latest accusation lends credence to the supposition that Barack Obama grossly expanded the dissemination of raw captured NSA data to many more members of the Intelligence Community in the very last days of his term so that information was available to those loyal to him within the dark government, in order to hamper and bring down members of the Trump administration, if not the administration itself.

It would appear that any investigation that would break this case open is now in the hands of the Department of Justice under Attorney General Jeff Sessions. An investigation would be the responsibility of FBI Director James Comey, who in spite of recent criticism, in the past showed himself to be opposed to illegal warrant-less intercepts.

Klayman states that the FBI has been sitting on this information for one and a half years, which begs asking if an investigation was being hampered by Obama. Klayman had previously brought a suit regarding the collection of meta-data in front of Judge Richard Leon, United States District Court for the District of Columbia. Leon has already ruled that the un-warranted spying is in violation of the Fourth Amendment. Klayman has now gone back to Leon, asking for an emergency injunction, stating that Leon's order regarding the collection of meta-data has been violated.

If the accusations are well founded, and the claimed evidence does exist, and the participants are indicted, this could lead to the largest political scandal in the history of the United States - possibly exceeding Watergate, which was relatively limited in comparison.

The eavesdropping would severely hamper the ability of the United States to work with foreign nations. American officials would be severely handicapped, not only because foreign entities would fear that their emails and telephone calls are being intercepted, which is usual among nations these days, but agents of the United States government would be unable to communicate privately with each other in discussing matters of national security without the fear that the discussions would be made public.

The potential for blackmailing of public servants based on discovered information has always existed, this though would bring it to a completely new level.
I see no reason that the tentacles of this program and these illegal activities should not be investigated to its fullest. The activities being suggested by Klayman rise to the level of treason.

There are organized and well funded black hooded Palestinian styled agent provocateurs roaming the streets, a former president who, in an unprecedented move, has remained in Washington and declared to stay active in Washington politics, and has organized potentially millions of activists in all fifty states - answerable ultimately to him. We have news media fervently and unceasingly trying to disable the new administration, and a disloyal opposition party, to whom Party power is more important than allegiance to country.

If the allegations are true, then there is effectively a coup d'état already underway by elements of the Intelligence Community trying to take down the Executive Branch. The question now facing us is if our elected officials have the courage to withstand possible revelations that might merely serve to prove their humanity.
Our elected leaders must do their sworn duty to uphold the Constitution against dangers both from without and from within, regardless of the potential risk it may present to them. The risk of those men of the Second Continental Congress who stood against the Crown was much greater than what our elected officials might face today. It is up to those we sent to Washington, to do what was done in July of 1776, that is, to mutually pledge to each other - their lives, their fortunes and their sacred honor. They can do no less.
Posted by Deuce ☂ at 3/05/2017 01:55:00 AM