Hey Geniuses! in The Pentagon, in the White House, in the Congress, Let's take all those 18, 19 and 20 year old military men and have them totally integrated with young women into every aspect of the military. What could possibly go wrong? 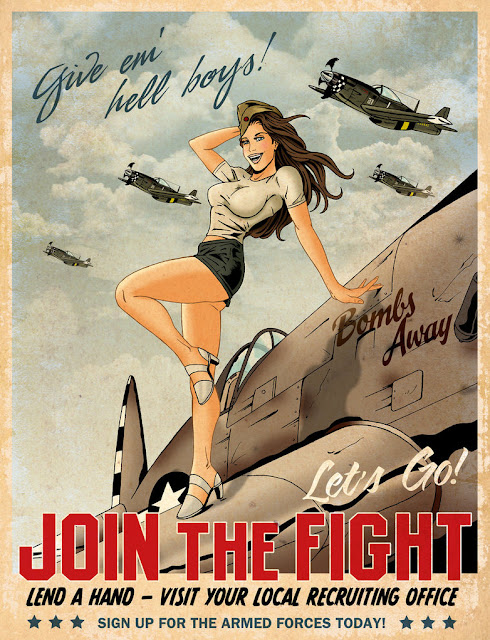 US servicemen from all parts of the military have been sharing nude photos of their female colleagues online, it has emerged.

But the BBC has seen a message board where servicemen from other branches have shared hundreds of photos.

The Pentagon said such behaviour was "inconsistent" with its values.
Male service members use a message board on anonymous image hosting website Anon-IB to share nude images of their female counterparts.

They often first post clothed photos of female personnel taken from their social media pages, and ask if any members have nude photos, which they call "wins". Others then post photos.

Those posting sometimes provide names and other details of women, including where they are stationed. Lewd comments accompany many posts.

The behaviour previously reported was confined to marines on Facebook.
A Facebook group called Marines United with 30,000 members was recently closed down after the scandal erupted.

The marines top commander described the revelations as an "embarrassment".
"When I hear allegations of marines denigrating their fellow marines, I don't think such behaviour is that of true warriors or war fighters," Gen Robert Neller said earlier this week.

But the message board on Anon-IB remains publicly accessible, and indicates that such practices extend throughout the military.

"Just heard [name redacted] and her bf [name redacted] broke up," a comment on 19 December from an anonymous user on a post that appears to involve personnel at Offutt Air Force Base in Nebraska reads.


Another post from a different anonymous user on 12 September reads: "Any wright patt wins? I'll start off with some". The post refers to Wright-Patterson Air Force Base in Ohio.

The user then posts self-taken images of a woman in a bikini, and then topless. There are many more explicit images on the message board.

The US Department of Defense said in a statement that it had issued "policy guidance" to prevent and deal with "sexual harassment and hazing".

"The alleged behaviour is inconsistent with our values."

Although the Marines United Facebook group has now closed, there are at least half a dozen similar groups or sites, marine officials told CBS News.

The Senate Armed Services Committee is due to hold a hearing on the issue next week.

The Naval Criminal Investigative Service (NCIS) has launched an investigation and has asked whistleblowers to come forward with information.

On Wednesday, two women who said they were victims spoke out publicly alongside their lawyer, urging others to come forward.

"I can tell you that this exact behaviour leads to the normalisation of sexual harassment and even sexual violence," said Erika Butner, 23, who served in the marines for four years until last June.

Some of the photos are believed to have been taken surreptitiously. Other images are thought to have been consensual, but posted without permission.
Posted by Deuce ☂ at 3/10/2017 03:40:00 AM