What to Believe? This video produced five years ago is depressing

The current argument being made by the media to discredit what has been revealed about the Clinton campaign cannot be  disputed by the facts. The facts are obviously true. Any rational reading of the actual emails attests to their being genuine and authenticity.

The proof of that is the intensity of the argument to discredit the source.

It is claimed that the source, Russian, therefore Putin, makes them inadmissible evidence of Clintonian  chicanery.

There is a full press nuclear strength info solar flair war  in process this morning. Every big media  news source is running with it.


The public divide between the intelligence agencies and the president-elect, who questions such Russian ties, is dangerous, say experts.

Just before Donald Trump takes the presidential oath of office next month, the Obama administration plans to release a full report on Russian connections to cyber attacks during the election, officials said Friday.
Trump has cast doubt on the Kremlin's involvement in politically charged hacking and fake news efforts prior to this year’s election while leading members of Congress have called on the administration to share what it knows about the Russian connection and pushed for a wider investigation, leading to a potentially fiery showdown over the issue. And such a public divide between the president-elect and intelligence agencies is unusual and dangerous, say experts.
"To evaluate Congress’s response appropriately, we would like all Members to have a comprehensive understanding of what the U.S. Intelligence Community knows regarding Russia’s involvement in these actions and attempts to interfere in our election," the lawmakers wrote this week in an open letter to President Barack Obama.
Officials sometimes purposely share with Congress "only what is necessary for them to perform proper oversight," partially as a safeguard against unintentional leaks, says Chris Finan, a former White House cybersecurity advisor and CEO of Bay Area security startup Manifold Technology. But in this case, Finan says it was more likely that intelligence agencies are still working to establish precisely how various efforts to influence the election link back to the top levels of the Russian government.

"They’d want to try to find deliberate command and control links—instances where people were directed by a Russian official," he says. "I think that there’s probably a lot of interest and focus in, are these proxy groups operating on their own based on what they thought Moscow would want them to do or were they acting on a directive from somebody in the Russian government."
Prominent Democrats in the House of Representatives introduced a bill on Wednesday calling for a bipartisan commission to investigate Russian attempts to influence the election. Maryland Rep. Elijah Cummings cited October statements from intelligence officials blaming Russia for hacks targeting Democratic Party servers and subsequent leaks of embarrassing emails.
"The head of the National Security Agency said there is no doubt that this was a targeted and conscious effort to achieve a specific result," Cummings said in a statement. "And the Intelligence Community also said that they believe that only Russia’s senior-most officials could have authorized these activities."
Prominent Republican senators including Arizona Senator and Armed Services Committee Chairman John McCain, Intelligence Committee Chairman Richard Burr of North Carolina, and Tennessee Senator and Foreign Relations Committee Chairman Bob Corker have also all expressed interest in investigating Russian hacks, despite the president-elect's skepticism. House Homeland Security Chairman Michael McCaul, R-Texas,has also recently publicly condemned Russia for the attacks despite his support for Trump.
While Obama and Vice President Joseph Biden have both hinted at the possibility of retaliation for the alleged Russian hacks, it’s likely that at this point in Obama’s presidency any further responses will be left to the Trump administration, Finan says.
Trump said in an interview with Time magazine, which named him 2016’s "Person of the Year," that he doesn’t believe Russia interfered with the election and thinks intelligence agency conclusions may have been politically motivated.
Trump’s statements drew a strong rebuke from Rep. Adam Schiff, D-California, who called his comments "enormously damaging to the country" and to intelligence officials.
"Notwithstanding the abundance of evidence that Russia hacked our political institutions during the Presidential campaign and dumped documents in an effort to meddle in our political affairs, President-elect Trump’s comments this morning continue to contradict our intelligence professionals and carry water for the Kremlin," Schiff said in a statement.
Schiff declined through a spokesman to comment further on the matter, and a Trump spokeswoman didn’t respond to an email seeking comment.
Such a divide over the legitimacy of intelligence reports is highly unusual, particularly when conclusions within the intelligence community seem so unanimous, Finan says.
"Not only is it unusual—it’s incredibly dangerous," he says. "To question the veracity but also to question the professionalism of our intelligence community, that is potentially very damaging to morale and it’s going to put the nation at risk."
_______
ELEPHANT BAR  OPINION:
No argument is being made against the veracity of the emails. Only the source.
I for one, hardly no where to turn for so-called information or news that does not have a political agenda behind it. In general the US British and European media has amazingly, so tarted up their profession and the professionalism of journalism, I would give more credence to a $100 hooker in the Hotel del Rey's Sportsman's Bar  than the whores in the media.

This is getting dangerous and will get real ugly and get ugly fast.

To be honest with all of you. I am not sure we are doing much more than pissing in the wind. Google is making it very difficult to use blogger as it was intended.

I assumed that it was to freely express my views and all others to express theirs as well. Google has so expanded their voracious appetite to control everyone and all their information all the time, I spend an inordinate amount of time signing in and trying to dodge their pernicious appetite to know us. Trust me. It is worse than you think.

I refuse to give them a working cell phone number and by doing so, I can edit the blog, but not comment on it. I made the unfortunate error of signing into Google Drive and it has made things worse.

I don't have the time or the inclination to move to another platform as everyone else has.

I'll make one phone call to them to try and get this straightened out.

Will keep you informed. 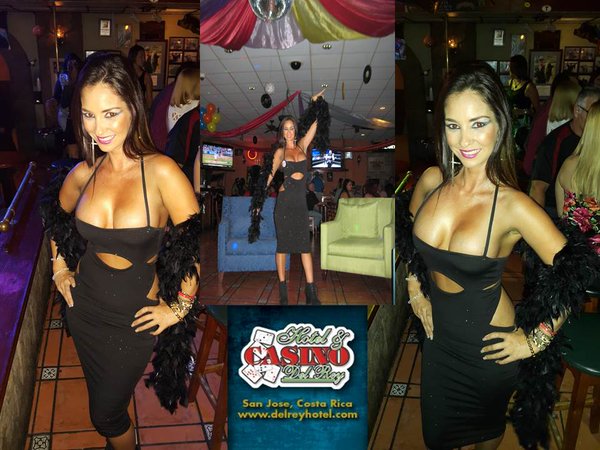