Putin’s air force just used its nuclear bombers to lay waste to the capital of the ‘Islamic State.’


The Russian air force just pulled off one of the biggest and most complex heavy bomber missions in modern history—sending no fewer than 25 Backfire, Bear, and Blackjack bombers on a coordinated, long-range air raid against alleged ISIS forces in Syria.
The Tuesday mission, which launched under the cover of darkness from a base in Ossetia in southern Russia, signaled a significant escalation of Moscow’s air war in Syria—and heralded the rebirth of Russian heavy bomber squadrons that once had withered from a lack of funding.
Gen. Valery Gerasimov, chief of Russia’s general staff, announced the raid on Tuesday, calling it part of “a new plan [for] the air campaign.”
“During a massive airstrike today, 14 important ISIL targets were destroyed by 34 air-launched cruise missiles,” Gerasimov said, using an alternative acronym for the terror army. “The targets destroyed include command posts that were used to coordinate ISIL activities in the provinces of Idlib and Aleppo, munition and supply depots in the northwestern part of Syria.”
Idlib and Aleppo are not ISIS strongholds. Indeed, U.S.-backed rebels hold much of both provinces. Russia has maintained all along that its roughly six-week-old intervention in Syria is aimed at defeating ISIS, but in fact many Russian air and missile strikes have hit rebel groups that oppose Syrian President Bashar al-Assad and ISIS.
Russian officials notified U.S. planners at a coalition headquarters in Qatar before the strike, Pentagon spokesman Peter Cook said. It was the first time the Russians and Americans have put into action an October agreement to coordinate their countries' respective operations in Syria.
The raid came the same day Kremlin officials publicly announced that a “terrorist act” brought down Russian Metrojet 9268 last month over the Sinai Peninsula. ISIS has since taken credit for the attack.
The Russian Defense Ministry released a video depicting three types of Russian bombers arming, taking off, dropping munitions, and then returning to base, escorted along their flight paths by Su-27 fighters.
The swing-wing, jet-propelled Tu-22M Backfires apparently carried unguided “dumb” bombs. The video depicts airmen loading clusters of cruise missiles in the bomb bays of the propeller-driven Tu-95 Bears and the huge, swing-wing Tu-160 Blackjack jets, which at 177 feet long are the biggest combat planes ever built.
All three models of bomber can fly thousands of miles while hauling no less than 20 tons of weaponry. Only China and the United States possess similar heavy warplanes.
Launching 25 bombers on one mission is an impressive undertaking. Russia possesses just 70 Backfires, 58 Bears, and 13 Blackjacks. The 14 Backfires, six Bears, and five Blackjacks that reportedly struck Syria represent a significant portion of the overall fleet. The massive raid is evidence of improving readiness on the part of the Russian air force, which in the 1990s and early 2000s grounded most of its aircraft because it couldn’t afford to fuel them or pay their pilots.
By comparison, on any given day 57 of the U.S. Air Force’s 77 B-52s, 35 of its 60 B-1s, and nine of its 20 B-2 stealth bombers are even flyable, according to statistics from 2013.

The Tuesday mission signaled a significant escalation of Moscow’s air war in Syria—and heralded the rebirth of Russian heavy bomber squadrons that once had withered from a lack of funding.

And when they do fly, America’s bombers often sortie alone or in pairs, only rarely coming together in large numbers. Seven B-52s flew together to launch cruise missiles at Iraq in the early hours of Operation Desert Storm in 1991, and a group of eight of the giant warplanes repeated the feat on the first day of Operation Iraqi Freedom in March 2003.
In other words: This Russian attack was “shock and awe”—on steroids.
Russia’s bomber raid was certainly impressive, and has propaganda value in addition to bolstering Moscow’s operations in Syria. When 25 of the planet’s most powerful warplanes attack at the same time, it’s more than a mere air raid. It’s a statement to the whole world.
___________________________________________

IS PUTIN OUR ALLY IN SYRIA?
by Patrick J. Buchanan, November 17, 2015
Print This | Share This
Among the presidential candidates of the Republican Party and their foreign policy leaders on Capitol Hill the cry is almost universal:
Barack Obama has no strategy for winning the war on ISIS.
This criticism, however, sounds strange coming from a party that controls Congress but has yet to devise its own strategy, or even to authorize the use of U.S. military force in Syria.
Congress has punted. And compared to the cacophony from Republican ranks, Barack Obama sounds like Prince Bismarck.
The President’s strategy is to contain, degrade and defeat ISIS. While no one has provided the troops to defeat ISIS, the U.S. is using Kurdish and Yazidi forces, backed by U.S. air power, to degrade it.
And recent months have seen measured success.
The Kurds have run ISIS out of Kobani, captured much of the Turkish-Syrian border, and moved to within 30 miles of Raqqa, the ISIS capital. Yazidis and Kurds last week recaptured Sinjar in Iraq and cut the highway between Mosul and Raqqa.
The terrorist attacks in Paris, the downing of the Russian airliner in Sinai, the ISIS bomb that exploded in the Shiite sector of Beirut, are ISIS’s payback. But they could also be signs that the ISIS caliphate, imperiled in its base, is growing desperate and lashing out.
Yet consider the Republican strategies being advanced.
In Sunday’s Washington Post, Mitt Romney writes:
"We must wage the war to defeat the enemy. … [Obama] must call in the best military minds from the United States and NATO … and finally construct a comprehensive strategy that integrates our effort with the Kurds, Turks, Saudis, Egyptians and Jordanians."
The Kurds excepted, Gov. Romney ignored all the forces that are actually fighting ISIS: Russians, Hezbollah, Iran, Bashar Assad, the Syrian army.
Mitt urges instead an alliance of countries that have done next to nothing to defeat ISIS.
The Turks are instead hitting the Kurds in Turkey, Syria and Iraq. The Saudis are bombing the Houthis in Yemen, not ISIS in Raqqa. The Egyptians are preoccupied with their own homegrown terrorists.
"Now is the time, not merely to contain the Islamic State," says Mitt, "but to eradicate it once and for all." But why did he not mention Russia, Iran, Assad and Hezbollah, all of which also wish to eradicate ISIS?
We partnered with Stalin in WWII. Is Vladimir Putin an untouchable?
Sens. John McCain and Lindsey Graham want U.S. ground troops sent into Syria and Iraq. But as Turkey has an army of 500,000 next door and Assad’s army would happily help wipe out ISIS, why not let Arab and Turkish boys do the fighting this time?
"America must lead," is Jeb Bush’s mantra, and he wants U.S. boots on the ground and a no-fly zone over Syria.
"We should declare war," says Bush.
Why then does Bush not call up Speaker Paul Ryan and Majority Leader Mitch McConnell and dictate the war resolution he wants passed?
And whom does Jeb propose to fight? Why declare a no-fly zone when ISIS has no air force? Does Bush plan to shoot down Syrian planes flying over Syria and Russian planes flying in support of Assad?
Has Jeb, like his brother, not thought this through?
If we declare a no-fly zone over Syria, or establish a "safe zone," we risk war not only with Syria, but Russia, Iran and Hezbollah.
None of these allies of Assad will meekly stand aside while we take military action to deny the Syrian regime and army the right to defend itself and survive in its war against ISIS, al-Nusra and other assorted jihadists and rebels.
Having invested blood and treasure in Assad’s survival, and securing their own interests in Syria, they are not likely to submit to U.S. dictation. Are we prepared for a war against both sides in Syria?
Who would fight Russia, Iran, Hezbollah and Syria alongside us?
Yet New Jersey Gov. Chris Christie is ready to rumble.
"Well, the first thing you do is you set up a no-fly zone in Syria, and you call Putin, and you say to him, ‘Listen, we’re enforcing a no-fly zone, and that means we’re enforcing it against everyone, and that includes you. So, don’t test me.’"
And if Russia violated his no-fly zone? "Then you take him down," said Christie, meaning we shoot down Russian jets.
But what vital interest of ours has ever been so engaged in Syria as to justify a major war in the Middle East and a military clash with a Russia with a nuclear arsenal as large as our own?
In any war it is usually wise to enlarge the roster of one’s allies and reduce the roster of enemies. If ISIS is the implacable enemy and must be annihilated, we should welcome all volunteers.
As for those who decline to fight, but claim a veto over whom we may ally with, we should tell them to pound sand.
If Putin wants to enlist in the war against ISIS, sign him up.
Patrick J. Buchanan is the author of Churchill, Hitler, and “The Unnecessary War”: How Britain Lost Its Empire and the West Lost the World. To find out more about Patrick Buchanan and read features by other Creators writers and cartoonists, visit the Creators Web page at www.creators.com.

WHAT IS OUR GREATEST ALLY EVER DOING TO HELP THE US  IN DEFEATING ISIS? SURELY THEY ARE WITH US IN THE FIGHT? WELL NO:  ISRAEL IS LOBBYING TO GET THE US CONGRESS TO TAKE DOWN THE ONE POWER THAT IS FIGHTING ISIS: HEZBOLLAH AND LOOKING FOR US MONEY: SOP

CHECK OUT TODAY”S FRONT PAGE OVER AT AIPAC: 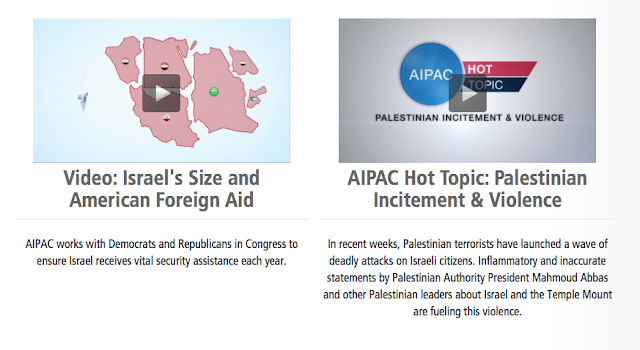 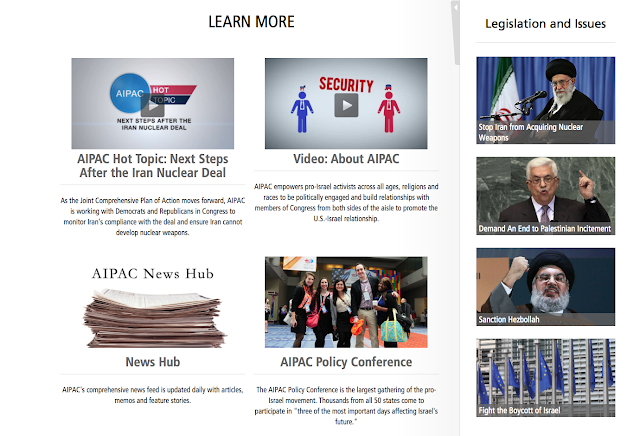