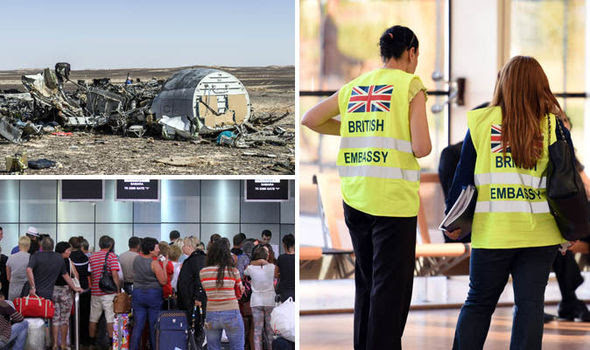 GETTY
British extremists have been linked to the Russian jet bomb
They were overheard celebrating moments after the explosion that blew the plane apart, killing all 224 on board.
The jihadis were heard talking in Birmingham and London accents by spies at GCHQ in Cheltenham.
Trained in Syria and with an electronics background, it is believed they may have had a hand in building the bomb.
The success of the attack could inspire them to target British airports next, a former Special Branch officer warned last night.
GCHQ, the Government’s secret listening centre, picked up “chatter” from extremist groups in Egypt immediately after the Russian plane came down.
The regional accents suggest “a definite and strong link” between British extremists and the attack, according to intelligence sources.
“Jihadis in the Sinai area of Egypt could be heard celebrating,” one source said yesterday. 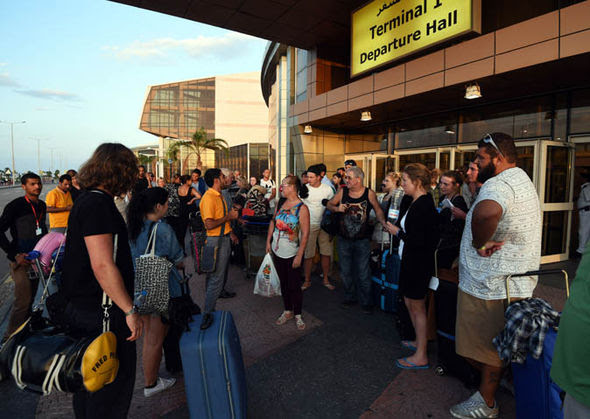 GETTY
The jihadis were heard talking in Birmingham and London accents by spies at GCHQ in Cheltenham
“A closer analysis of that material has identified London and Birmingham accents among those numerous voices.
“There has also been some internet traffic suggesting that there was British involvement in the attack. This was a very sophisticated, carefully planned operation involving many moving parts.
“We know there are British jihadis in Egypt fighting with members of Islamic State. They were trained in Syria and are now hardened terrorists. Some of the Britons have an electronics background and have been developing some very sophisticated bombs.
“They have been experimenting with different-sized charges and different types of explosives but there was nothing prior to this attack to suggest that they were going after airlines.” 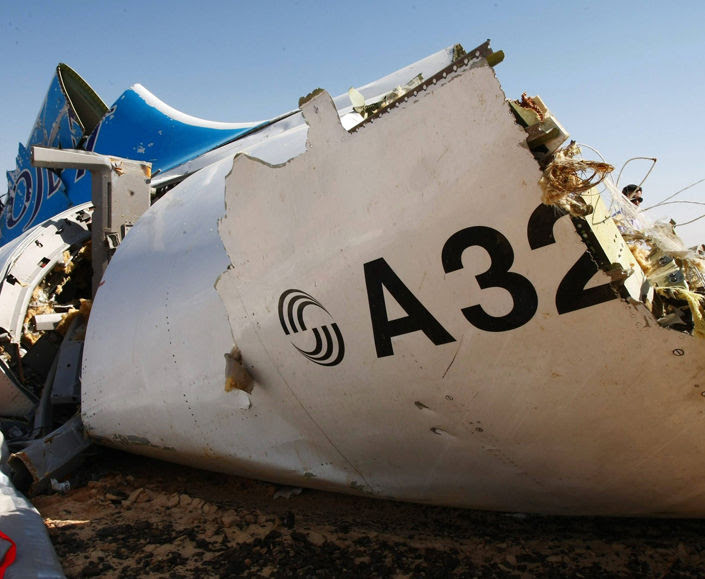 wreckage of a A321 Russian airliner in Wadi al-Zolomat, a mountainous area of Egypt's Sinai Peninsula. Russian airline Kogalymavia's flight 9268 crashed en route from Sharm el-Sheikh to Saint Petersburg on October 31, killing all 224 people on board, the [AFP/Getty Images]
The choice of a Russian airliner is thought to have been a deliberate attempt to goad President Vladmir Putin.
But the terrorists could now switch their attention back home.
Former Special Branch detective Chris Hobbs said British-born extremists who have learned bombmaking skills while fighting in Syria will have slipped under the radar to return to the UK.
“There is a growing concern that these individuals will use their newly learnt skills to try to down an airliner here,” he said.


“Airport security here in the UK is very good but it can never be 100 per cent.”


As a senior detective, Mr Hobbs spent more than a third of his 32-year service working at Heathrow, Gatwick and in the Caribbean, focusing on drug dealers who were trying to exploit weaknesses in airport security systems.

He said improved security was needed, including police screening of all passengers but planned cuts would make this far more difficult.
‘‘In my view counter-terrorism measures need to be stepped up but that will be difficult because a Home Office review of counter-terrorist policing at air and sea ports is believed to be looking to make £12million in cuts.
“We must be the only country in the world faced with a major terrorist threat who are actively imposing drastic cuts upon their law enforcement bodies.”
It is suspected that Sinai jihadis smuggled a bomb into Sharm El Sheikh airport in Egypt before someone else working on the inside placed the device in the hold of the Russian passenger jet. “If that is what happened it would have needed a degree of planning,” said Mr Hobbs.
“You have to assume that jubilant jihadists will attempt something similar elsewhere in the world, including Britain. 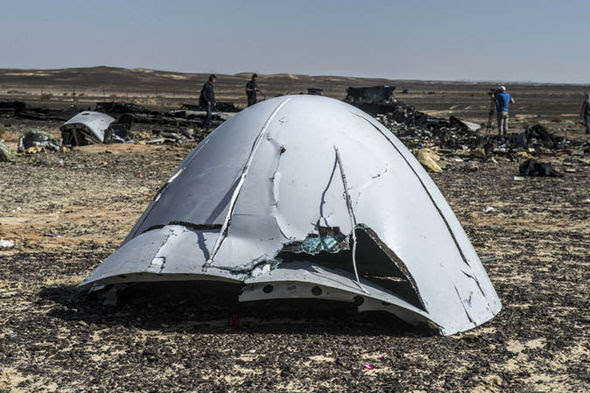 GETTY
The choice of a Russian airliner is thought to have been an attempt to goad President Putin
“One area we need to look at is security for those who work airside at airports. They have to go through the same rigorous scanning procedures as passengers when they go to work, but each vehicle cannot be as comprehensively checked without bringing the airport to a halt.
“It would be possible to hide a device inside a vehicle and then retrieve the device when the rogue employee is airside.
“Then it could be passed on to a security-checked passenger who could carry it on to an aircraft before becoming a martyr or possibly even placed into an unsuspecting passenger’s hold baggage if that rogue employee is involved in baggage handling.
“I think the fall-out of the Russian tragedy will be a tightening of security, which will be difficult to achieve with further cuts to policing and the UK Border Force an inevitable result of the forthcoming spending review.”
He added: “An argument will be made that even with cuts to police and the UK Border Force, improved security can be achieved with better efficiency, which frankly is nonsense.” 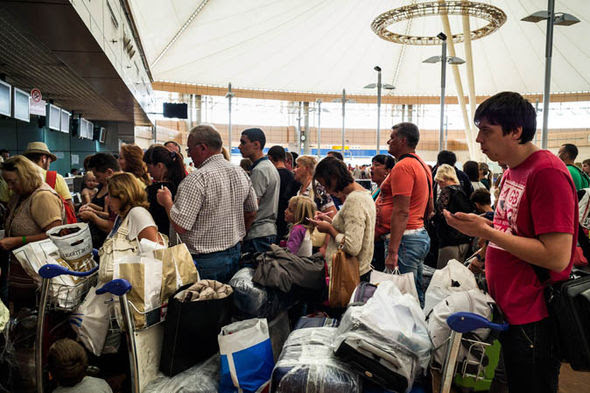 GETTY
Britons have been stranded in Sharm El Sheikh since the jet went down
Security at Heathrow and other British airports was tightened in 2006 after police foiled a plot to detonate liquid explosives on seven airliners.
Restrictions on carrying liquids on to planes are still in force today.
In December 2001, Briton Richard Reid attempted to detonate explosives packed into the shoes he was wearing on a flight between Paris and Miami.
In 2007, terrorists rammed Glasgow International Airport with a jeep loaded with propane gas canisters, the first terror attack in Scotland since the Lockerbie bombing in December 1988.
And in 2009, Umar Abdulmutallab, a Nigerian who had lived and studied in London, hid explosives in his underwear and attempted to bring down an airliner during a flight from Amsterdam to Detroit.
Posted by Deuce ☂ at 11/07/2015 10:08:00 PM