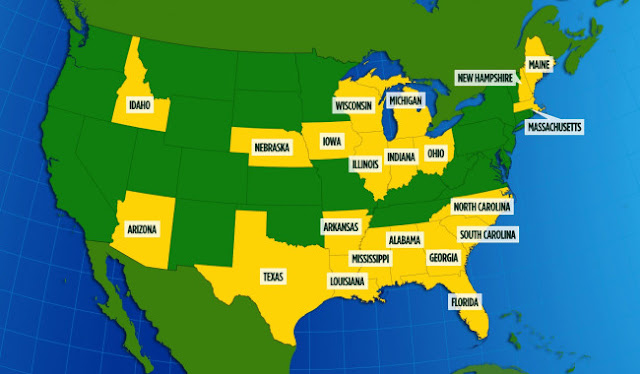 The Governors With Presidential Ambition
Meanwhile, three Republican presidential candidates who are governors said they don't want new refugees. Louisiana Governor Bobby Jindal said he had signed an executive order telling state agencies to "take all available steps" to stop the intake of Syrian refugees.
In a letter to the president, Ohio Governor John Kasich encouraged the president to stop accepting refugees until "the rigor and depth of background checks are improved."
"I respectfully request that the federal government take no further action in resettling Syrian refugees in Ohio," the letter also said.
New Jersey Governor Chris Christie said even children with no family should be admitted into the U.S.
"We could come up with 18 different scenarios, the fact is that we need for appropriate vetting and I don't think orphans under 5 are being — should be admitted into the United States at this point," Christie said in an interview with Hugh Hewitt. "In the end i don't trust this administration to effectively vet the people that they're asking us to take in."
The Lone Democrat — So Far
New Hampshire Governor Maggie Hassan, who is running for Senate in 2016, is the only Democratic governor to take such a position. She said the federal government should "halt acceptance of refugees from Syria until intelligence and defense officials can assure that the process for vetting all refugees ... is as strong as possible."