As Texas Congressman and former Republican presidential candidate Ron Paul has often said, when we aren't trying to bomb countries into submission, we are usually bribing them to do our will. And sometimes we do both. 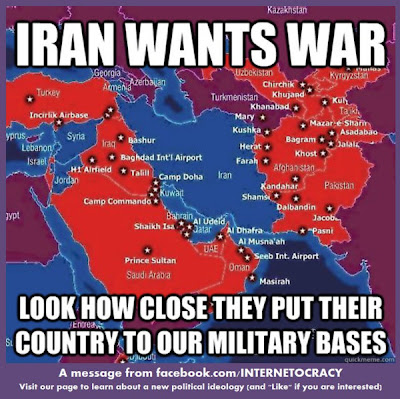 NEW AMERICAN
Senator John Kerry of Massachusetts, the 2004 Democratic presidential candidate who is reportedly under consideration for Secretary of State in Obama's next term, has suggested that if Iraq doesn't offer more cooperation in the effort to stop the transport of Iranian arms to Syria, "maybe we should make some of our assistance or some of our support contingent on some kind of appropriate response."

In a Middle East triangle more dangerous than the romantic affairs of Generals Petraeus and Allen, the United States is leaning on Iraq to stop the shipment of arms from Iran to Syria, while the regime of Syrian President Bashar al-Assad is battling to hold power against rebel forces that have the diplomatic backing of the United States and other western nations.
The United States is pressuring the Iraq government led by Prime Minister Nuri Kamal al-Maliki to forbid the use of Iraq's air space for Iran-to-Syria flights unless Iran agrees to have the planes land in Iraq for inspection to ensure no weapons are being sent to the Damascus government. U.S. officials are concerned that the Baghdad regime is not cooperating in that effort, the New York Times reported. "The abuse of Iraqi airspace by Iran continues to be a concern," said an unnamed American official, as quoted by the Times. "We urge Iraq to be diligent and consistent in fulfilling its international obligations and commitments, either by continuing to require flights over Iraqi territory en route to Syria from Iran to land for inspection or by denying overflight requests for Iranian aircraft going to Syria." A spokesman for al-Maliki, however, denied Iraq is ignoring the U.S. requests.
"We wouldn't be able to convince them, even if we searched all the airplanes, because they have prejudged the situation," Ali al-Musawi told the Times. "Our policy is that we will not allow the transfer of arms to Syria." On the other hand, Hadi al-Amiri, Iraq's minister of transportation, struck a more defiant tone when denying reports that Iraq had been colluding with Iran and tipping off the Iranians about when the supposedly random inspections would occur.
"This is untrue," Amiri said. "We are an independent country and our stance is clear. We will search whichever plane we want, whenever we want. We will not take orders."
There have also been reports that on at least one occasion, an Iranian pilot simply ignored a request to land for inspection. Iraq has no air force with which to enforce the inspection requirement or to deny Iran the use of its Iraqi air space. Iraqi officials confirmed that they have inspected only two Iranian planes since making a commitment to the inspections policy in September, and none since October 27, when they inspected a plane on its return flight from Damascus, something al-Musawi said was an error. But officials in Baghdad also cite both Iran's claims that it is carrying only humanitarian aid to Syria and the expense of carrying out the inspections.
"We can't search every plane because there are so many heading to Syria,"said Nasir Bender, the head of civil aviation in Iraq. "It would be a big waste of money. Each plane we take down we must refill with fuel." The search thus far has turned up only "medical supplies and clothing," he said.
But U.S. officials believe Iran has been a key supplier of arms to the Assad regime, which is Tehran's most loyal Arab ally and a conduit for Iranian support of the militant Islamist group Hezbollah in Lebanon. And the predominantly Shiite government in Baghdad, where many officials have friendly ties with Iran, may be worried that Assad's fall from power would encourage Sunni and Kurdish forces in Iraq, where they could pose a threat to the Maliki regime.
Meanwhile, U.S. officials are quietly expressing concerns over intelligence reports of activity at chemical weapons sites in Syria. "It's in some ways similar to what they've done before," an American official told the Times on condition of anonymity. "But they're doing some things that suggest they intend to use the weapons. It's not just moving stuff around. These are different kind of activities."
That, together with reports of Iran's arm shipments to Syria, may increase calls in Washington for the shipment of U.S. arms to the Syrian rebels, something the Obama administration has thus far resisted. Washington appears to have little influence on the Baghdad government it brought into power and the classified documents that Bradley Manning is accused of transmitting to Wikileaks reportedly show the Iraqi government in recent years has been no less ruthless in the use of torture than was the Saddam Hussein regime that was ousted nearly a decade ago by a U.S.-led invasion. The American public may have little appetite for anything suggesting another effort in regime change or humanitarian intervention based on reports of "weapons of mass destruction" in the Middle East.
Senator John Kerry of Massachusetts, the 2004 Democratic presidential candidate who is reportedly under consideration for Secretary of State in Obama's next term, has suggested that if Iraq doesn't offer more cooperation in the effort to stop the transport of Iranian arms to Syria, "maybe we should make some of our assistance or some of our support contingent on some kind of appropriate response."
As Texas Congressman and former Republican presidential candidate Ron Paul has often said, when we aren't trying to bomb countries into submission, we are usually bribing them to do our will. And sometimes we do both.
Posted by Deuce ☂ at 12/05/2012 02:31:00 AM