Politicians on both sides of the aisle are perfectly aware that setting the US on a sustainable fiscal course would mean massive pain for the common citizen, and an immediate termination of all existing political careers 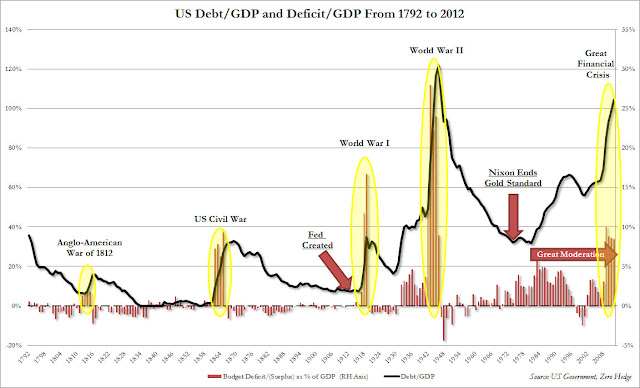 Charting US Debt And Deficit Since Inception

Submitted by Tyler Durden on 12/17/2012 23:00 -0500
ZERO HEDGE
Some observations:
And there you have it.
Oh, and whoever said the advent of the Federal Reserve, or the end of "hard money" standard courtesy of Richard Nixon, made catastrophic or systematically shocking events less frequent, probably should have their head examined.
Posted by Deuce ☂ at 12/26/2012 04:08:00 AM