The right man for the job. 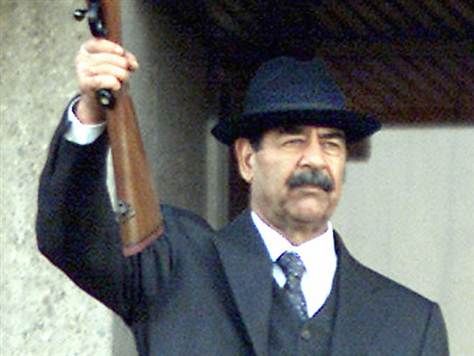 BAGHDAD — A series of more than 20 attacks across Iraq killed 51 people and wounded over 250 in two days, security and medical officials said on Sunday.

In the deadliest attack on Sunday, two car bombs exploded in a market near the shrine of Shiite Imam Ali al-Sharqi in south Iraq, a security official said.

In another attack, gunmen opened fire late on Saturday on an Iraqi army checkpoint near Balad north of Baghdad, followed by a roadside bomb that exploded when additional soldiers arrived.

Eleven soldiers, including two officers, were killed and eight others were wounded, an army colonel and a medical source at Balad hospital said.

And on Sunday, a car bomb exploded about 7:30 am (0430 GMT) in a car park at the rear gate of the state-owned North Oil Company, about 15 kilometres (nine miles) from the northern city of Kirkuk, killing seven people and wounding 17 others, a high-ranking police officer and Dr Othman Abdul Rahman said.