Should Romney and Ryan prevail in November, they would face a situation as dire as was Reagan’s — with fewer policy options. 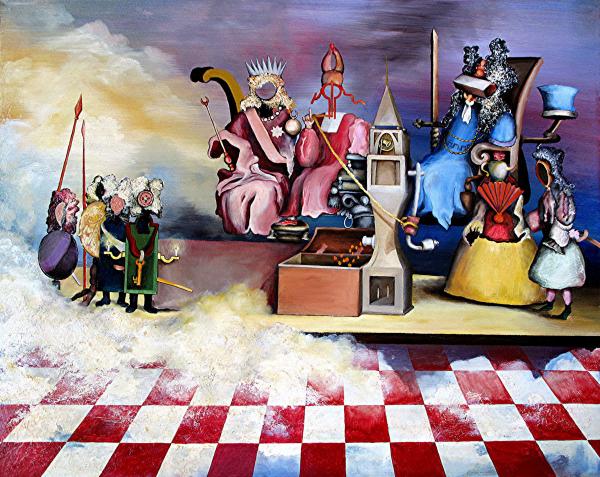 “The success of a party means little except when the nation is using that party for a large and definite purpose,” said Woodrow Wilson in his first inaugural, 100 years ago.

The Republican Party of Richard Nixon was called to power in 1968 to bring an honorable end to the war in Vietnam and restore law and order to campuses and cities convulsed by crime, riots and racial violence. Nixon appeared to have succeeded and was rewarded with a 49-state landslide.

The Republican Party of Ronald Reagan was called to power in 1980 to restore America’s prosperity and military might and halt her stumbling retreat in the Cold War. He succeeded and was rewarded with a 49-state landslide in 1984.

Should Mitt Romney and Paul Ryan prevail, what would be the “large and definite purpose” for which they and their party had been called to power? Answer: Put America’s fiscal house in order and restore the prosperity the nation knew before the Great Recession.

Yet the only path consistent with party principle to achieve this goal is by imposing real pain upon an electorate that is less likely to reward Romney-Ryan with a 49-state landslide in 2016 than punish their party with a massacre of Republicans in 2014.

Recall: In 1982, before the Reagan tax cuts began their healing work, Fed Chairman Paul Volcker’s deep-root-canal economics — double-digit interest rates to scour inflation out of the economy — caused a loss of 26 Republican House seats. In early 1983, Reagan was widely viewed as a one-term president.

Should Romney and Ryan prevail in November, they would face a situation as dire as was Reagan’s — with fewer policy options.

Consider the 20 percent income tax cuts Romney proposes. With present tax rates generating revenue only 15 to 16 percent of gross domestic product, a cut that size would explode a deficit that is already in excess of $1 trillion for the fourth straight year.

Moreover, the principal beneficiaries of those tax cuts would be Americans in the 35 percent bracket, who would see their top rate fall to 28 percent. Someone earning $10 million a year in salary income could get a tax cut of around $700,000 — a nice piece of change.

Romney suggests he will pay for tax cuts by cutting deductions. But the three largest deductions for most taxpayers are mortgage interest, state and local taxes, and charitable contributions. And if the GOP is reluctant even to discuss these cuts today, is it likely to enact them?

The Romney-Ryan supply-side tax cuts had better produce a boom, and fast, because, given the makeup of the media, they will be portrayed as a plutocrats’ raid on the U.S. Treasury.

Moreover, while tax cuts produce only ideological angst on the left, any major budget cuts must inevitably cause real pain.

For consider the major categories of federal spending.

The largest domestic programs are Medicare and Social Security. Pare back these middle-class entitlements, and a President Romney will be at war with AARP, tens of millions of seniors and an army of baby boomers now reaching retirement age at a rate of 10,000 a day.

If Romney is going to bring the budget even close to balance, he has to end U.S. involvement in Iraq and Afghanistan and stay out of any new wars in Syria or Iran. But a policy of no war where no vital U.S. vital interest is imperiled would be seen as a moral abdication by the democracy crusaders and a betrayal by the neoconservatives.

As for defense, Romney has taken that off the table and would increase it to 4 percent of GDP.
What about education? The major items here are Head Start, Bush II’s No Child Left Behind, Pell grants and student loans. Has any president since Sputnik jolted America awake ever cut back on education?

What about infrastructure? Since the Interstate Highway Act of President Eisenhower, when has federal spending for highways, roads, bridges, airports, ports and mass transit ever been cut?
Among the major poverty programs are rent supplements, food stamps, the Earned Income Tax Credit, welfare and Medicaid. Would a Romney administration that is slashing tax rates for the top 20 percent dare to cut programs that benefit the working poor?

Only once in the lifetime of Americans now living did the U.S. government slash spending. Right after World War II, the feds’ share of the U.S. economy was cut by two-thirds, and all those dollars put away in wartime savings came flooding out to buy the homes, cars, TVs, freezers, and washers and dryers suddenly available.

What would a Romney-Ryan administration do once in office?